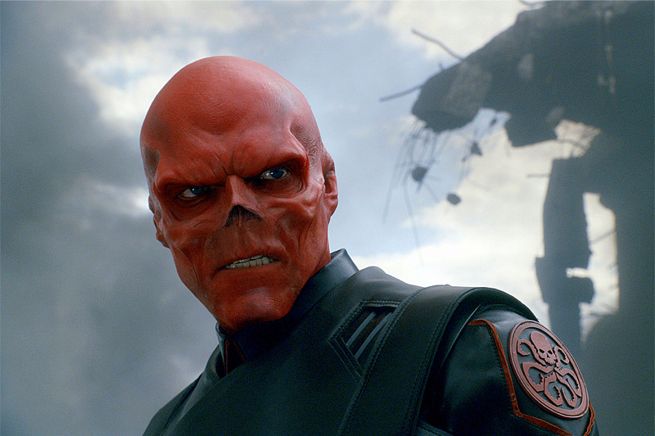 One fan has taken their adoration for The Red Skull to an entirely new level by cutting off part of his nose so, you know, he can look like a skull. But the transformation didn't end there. The fan further altered himself into Captain America's Nazi nemesis by having his face tattooed and altered with subdermal implants.

The real-life Red Skull, Henry Damon of Venezuela, said that the alterations were a life-long dream of his. Before he underwent the intense transformation, he took several psychological and physical exams with the man who made the changes, Emilio Gonzalez, a tattoo and body surgery specialist who according to The Daily Mail, never finished medical school.

"He has loved comic books since he was a kid and always dreamed of being Red Skull, but never got round to doing it,' Damon's friend, Pablo Hernandez, told the newspaper.

Damon will keep altering his face by inserting silicone implants into his cheeks and chin, and coloring it all with red tattoos. Damon, a married man with children, now goes by the name of Red Skull.

Well at the very least, Damon will make a killing at those Comic-Con cosplay contests.

Comic Fan Gets Nose Chopped Off, Tattoos, & Implants To Look Like Red Skull