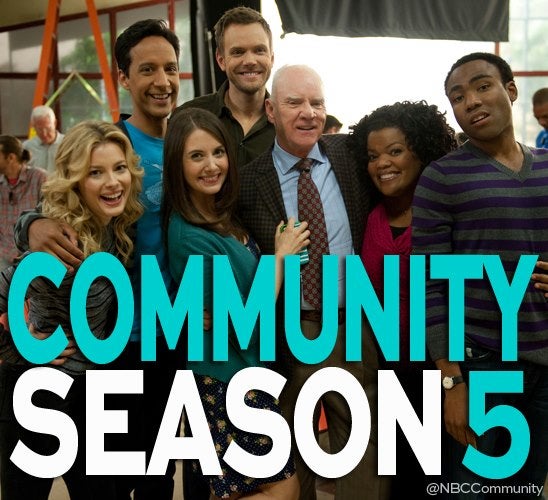 The new trailer for season five of Community is animated, reminiscent of that time Dean Pelton animated the study group for a kind of bizarre revenge fantasy--and it's Dean Pelton behind it again this time, albeit this time somewhat less spitefully. It also pokes some light fun at both NBC's scheduling problems this season (its midseason replacement series, including Community, are kicking off just four weeks before they've got Olympic coverage to cut things off for three weeks), the loss of Chevy Chase and the uncertainty as to just what will happen with Donald Glover, who is no longer a series regular this year. Check it out below. As hinted in the video, Community Season Five begins on January 2.

Jeff is home alone for the holidays when he gets an unexpected surprise from all of his friends at Greendale. Community premieres January 2 at 8/7c on NBC.