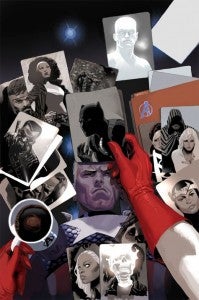 Marvel Comics has announced that Daniel Acu a will be the new ongoing artist on the Avengers. Acu a will take over artwork on the series starting with Avengers #18. With the Avengers Movie coming next year, there will be plenty of interest in the series, so Marvel Comics is making a good move in bringing in Acu a. Brian Michael Bendis will remain as the writer on the Avengers series, and he expressed his excitement over the new artist choice. "Every time Daniel and I have worked together it has been a really fantastic experience and everyone loved it," said Bendis. "The only thing we have never done before is hunker down and make a real run of things together. So here we go!" "As an artist and as a professional, I am extremely happy to be working with Brian again," said Acu a. "And come on, drawing the Avengers? They RULE! Aside from being the best, most charismatic team in comics – they always fight the biggest, meanest, and most powerful villains. All that, plus Captain America leading the team... what more can I ask for?!" The upcoming storylines for the Avengers will focus on the team regrouping and rebuilding after the events of Fear Itself. Captain America will be looking to pull in new members, as Norman Osborn pulls together a fresh batch of Dark Avengers. Avengers #18 is scheduled to arrive in comic book stores on October 19, 2011.