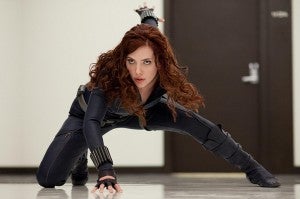 Marvel Studios alerted its retail partners earlier today that they have finalized acquisition of the home media (DVD, Blu-Ray and digital streaming) rights to their Phase One films from Paramount Home Entertainment, who distributed them before Marvel was purchased by Disney.

Paramount will honor all of its existing obligations--so the only real difference will be for retailers who are ordering the films here on out. Also, presumably, the DVDs and Blu-Rays will be added to the Disney Movie Club and other Disney-related promotions in the future. Based on the letter, included below, it appears as though the deal is final effective September 1.

Paramount will continue to honor and service existing distribution obligations.

Additional details pertaining to the transition plan will be communicated over the next several weeks.