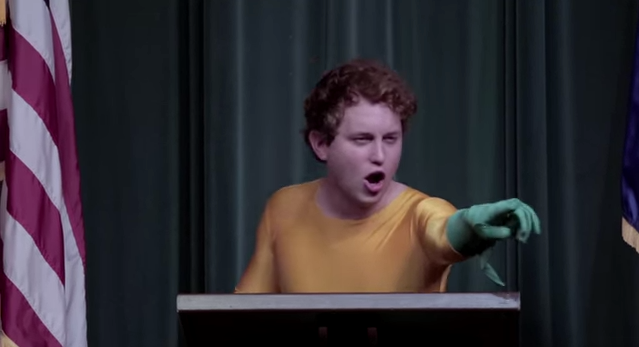 Who knew Aquaman was such a lightweight?

In a new video from the YouTube comedy group UCB Comedy, Aquaman is chosen to speak at the Justice League's five-year anniversary party. We could understand Aquaman needing a little liquid courage, but it looks like he hit the bottle just a little too hard.

As the King of the Seas slurs his way through the speech, he repeatedly calls out Batman, bemoans his dead son, and berates his fellow Justice Leaguers (Except Wonder Woman. Wonder Woman's cool). Obviously Aquaman still harbors many insecurities about being the "lame" member of the Justice League, because he constantly defends himself—from no one's criticisms.

Check out the video below for Arthur Curry's intoxicated shenanigans.

We believe this gives an entirely new meaning to the term, "Drunken Sailor."