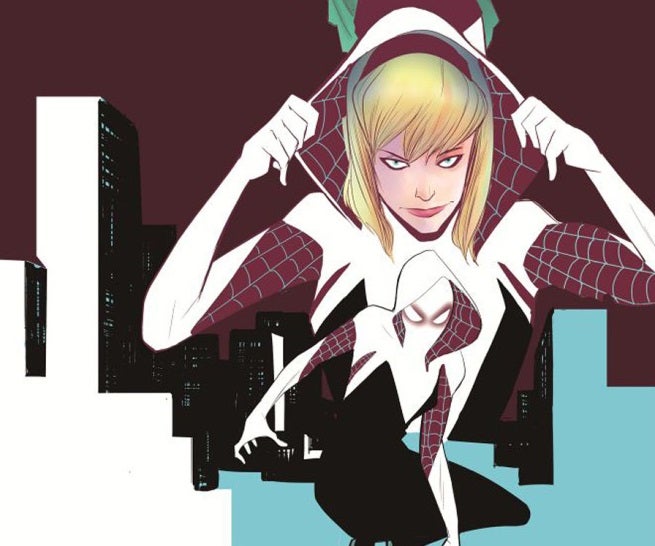 Marvel Comics has announced Edge of Spider-Verse, a new miniseries that will serve as a prelude to the Spider-Verse event.

The first issue of Edge of Spider-Man will see writers David Hine and Fabrice Sapolsky returning to Spider-Man Noir with artist Richard Isanove.

"Readers who are new to Spider-Man Noir should have no problem with the story," Hine tells CBR. "The first two series were set in the early 1930s when the Great Depression was at its worst and we saw Peter Parker and Aunt May as political activists. This time, we've skipped ahead a few years to 1939 and the New York World's Fair. This is supposed to be a new era, looking toward a future of scientific advancement and prosperity, but it is also the eve of the Second World War, so there's a sense of impending doom hanging over the whole story."

The second, written by Jason Latour with art from Robbi Rodriguez, will take place in a universe where Gwen Stacy was the one bitten by a radioactive spider and became Spider-Woman. Latour says that he will explore the differences in Gwen's approach to being a hero as compared to what we know of Peter Parker.

"Counterbalance all that with what I think is a fun, modern story about a young woman struggling with what she wants out of life," he says. "Gwen's in a band, she wants to be an artist -- but how practical is that when suddenly you can lift cars and stick to walls? What happens when you wake up and find you are basically a gun? Do you have to carry a badge too? Is it selfish to want something else?" 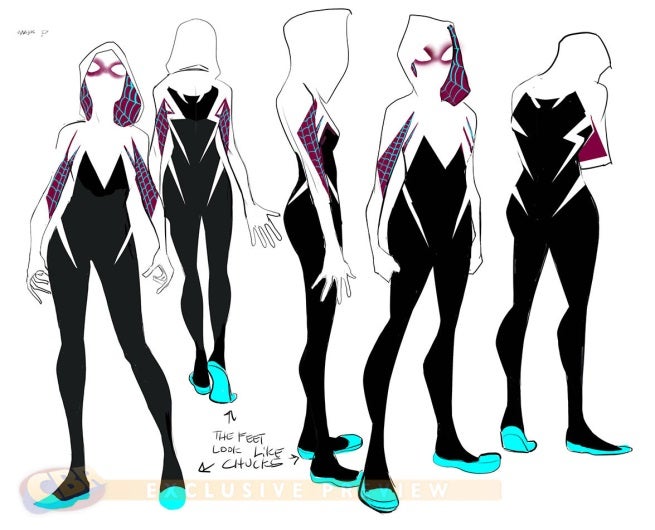 The third issue is a science fiction Spider-Man story that is artist Dustin Weaver's writing debut. Weaver both writes and draws the story, starring a Spider-Man named Dr. Aaron Aikman.

The fourth issue is written by Pulitzer Prize-nominated horror writer Clay McLeod Chapman. Chapman will take Spider-Man into the horror genre in a story drawn by Garry Brown.

"He's best known for his horror writing, says editor Nick Lowe, "and [associate editor Ellie Pyle] and Clay crafted this really creepy, terrifying tale featuring a very different Spider character that I think is going to send chills down everybody's spine when they read it. Clay is just terrific and we are so excited to finally get him on a Marvel comic. That's something that Ellie has been working on for a long time. So that's really cool."

The final issue will be the Marvel Comics debut of My Chemical Romance frontman Gerard Way, whose previous comic work include The Umbrella Academy and The True Lives of the Fabulous Killjoys. The issue will be drawn by Jake Wyatt.

Edge of Spider-Verse stories will appear elsewhere as well, including issues of Spider-Man 2099 and Superior Spider-Man #31 and #32. Solicits for the series follow. 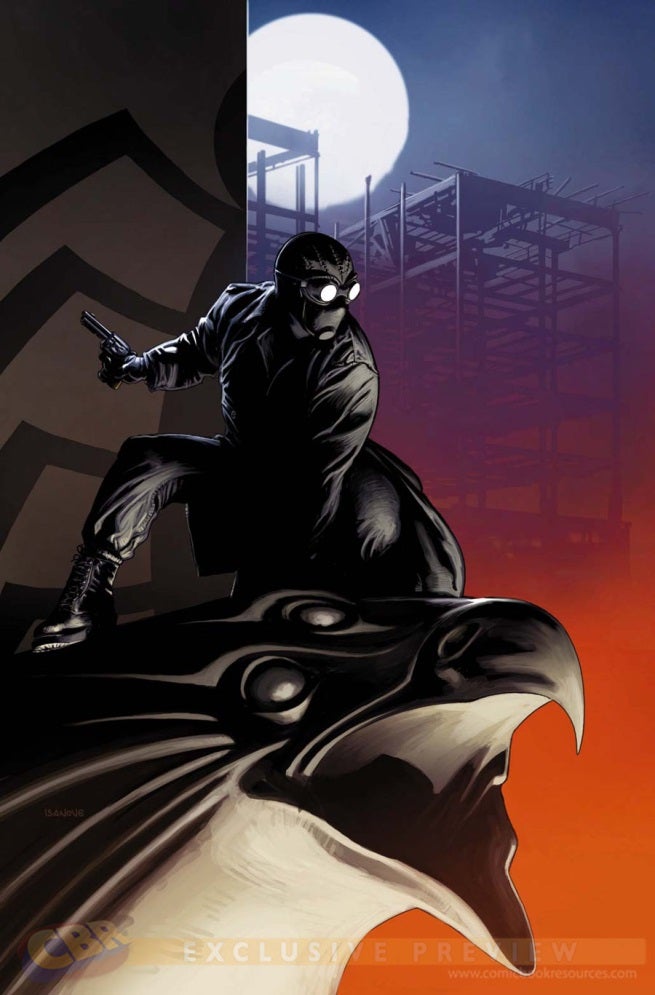 EDGE OF SPIDER-VERSE #1
Written by DAVID HINE & FABRICE SAPOLSKY
Art and Cover by RICHARD ISANOVE
· SPIDER-MAN NOIR RETURNS!
· The Peter Parker of the 1930's finds himself not only up against Mysterio, but knee-deep in the Spider-Man event of 2014!
32 PGS./Rated T+ …$3.99 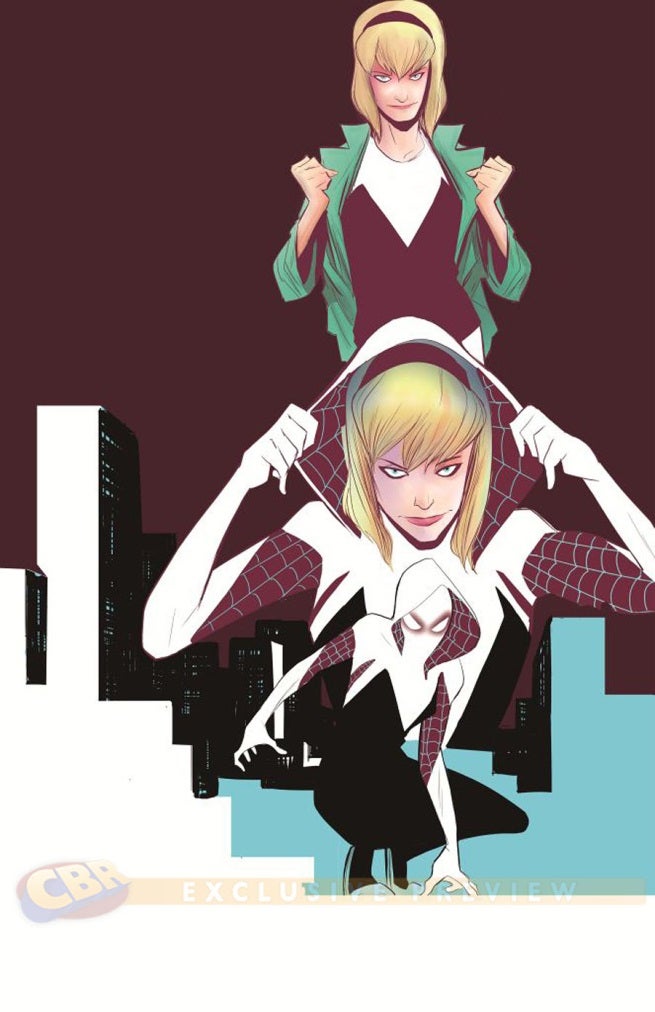 EDGE OF SPIDER-VERSE #2
Written by JASON LATOUR
Art and Cover by ROBBI RODRIGUEZ
· GWEN STACY: SPIDER-WOMAN!
· In one universe, it wasn't Peter Parker bitten by the radioactive Spider, but Gwen Stacy!
· She's smart, charming and can lift a car-- Just don't tell her Police Chief father!
· How is she involved in Spider-Verse? Seeds of AMAZING SPIDER-MAN #9 are planted here!
32 PGS./Rated T+ …$3.99 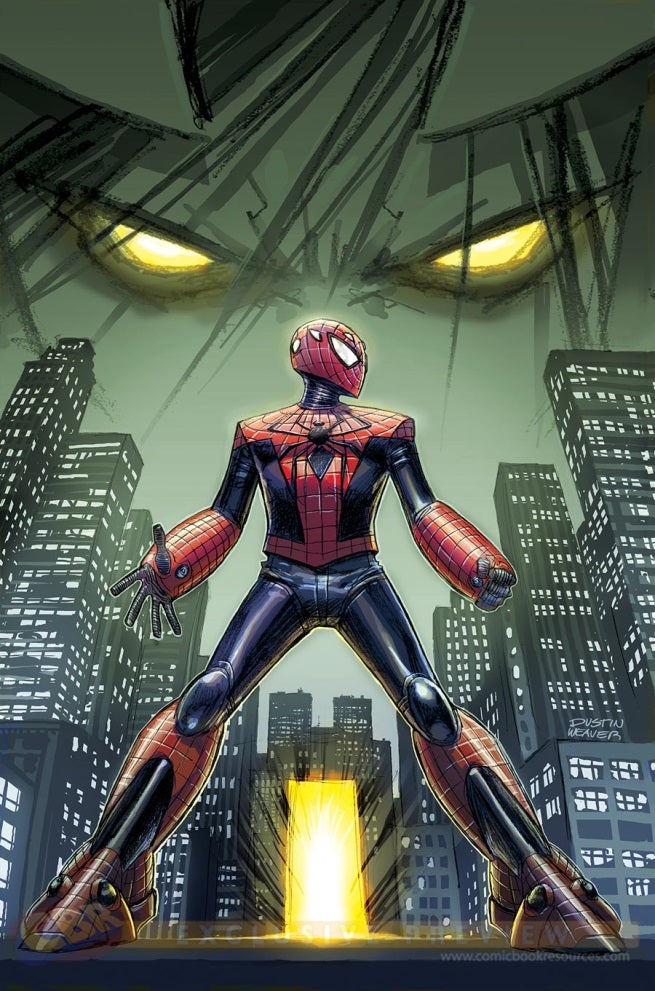 EDGE OF SPIDER-VERSE #3
Written by DUSTIN WEAVER
Art and Cover by DUSTIN WEAVER
· What is the secret of Dr. Aaron Aikman, Spider-Man?!
· Who are the villainous Red Eye and Naahmurah? And can Aaron possibly live through Morlun's arrival?
· Rising star Dustin Weaver (AVENGERS, INFINITY, SHIELD) makes his Marvel Comics writing debut in the most wildly imaginative story of the year!
32 PGS./Rated T+ …$3.99

EDGE OF SPIDER-VERSE #4
Written by Clay McLeod Chapman
Art and Cover by Garry Brown
· A radioactive spider bites a high school nerd who is already something of a monster.
· Pulitzer prize nominated horror writer Clay Mcleod Chapman takes you to a universe where the story you know becomes as horrific as possible.
32 PGS./Rated T+ …$3.99

EDGE OF SPIDER-VERSE #5
Written by GERARD WAY
Art and Cover by JAKE WYATT
· What or who is SP//dr?
· Gerard Way (Umbrella Academy) makes his Marvel debut with Jake Wyatt (Ms. Marvel, Indestructible Hulk)establishing a new universe and the incredible Spider character who inhabits it!
32 PGS./Rated T+ …$3.99

Mario + Rabbids Sparks of Hope Is 47% Off Today Only