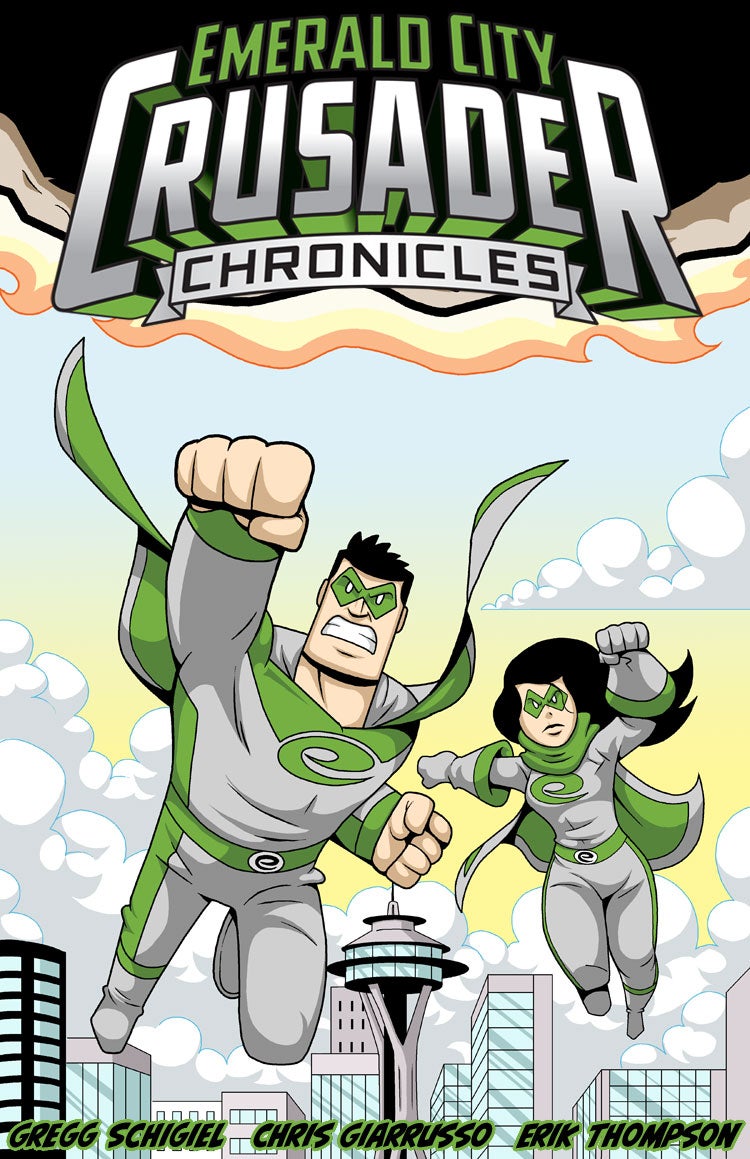 The Emerald City Crusader, the superhero mascot of Seattle's Emerald City Comic Con, recently launched his own ongoing, twice-weekly webcomic. Titled Emerald City Crusader Chronicles (get it? Because it's ECCC!), the comic is all-ages friendly and will run year-round as opposed to, say, a comic book convention that's generally only a weekend a year.

Featuring a rotating roster of creators, the first chapter--we're six pages in now--is written by Gregg Schigiel and Chris Giarrusso, with art & coloring by Erik Thompson and lettering by Comicraft.

No word on who might be working on future chapters, but the existence of the webcomic was called to our attention by an A-list comic book writer who has done work with virtually every major publisher.