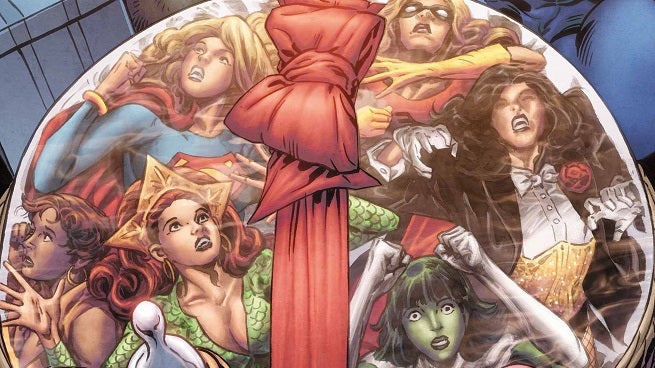 DC Comics has provided ComicBook.com with an exclusive preview of Convergence: Justice League #1, due in stores on Wednesday, April 8 from writer Frank Tieri and artist Vicente Cifuentes.

The issue sees an all-female Justice League from the pre-Flashpoint DC Universe band together to take on Flashpoint Aquaman and his Atlantean army, while in a hospital, Jesse Quick is preparing to give birth.

Dragon Ball Is Peak Entertainment with Its Portuguese Dub