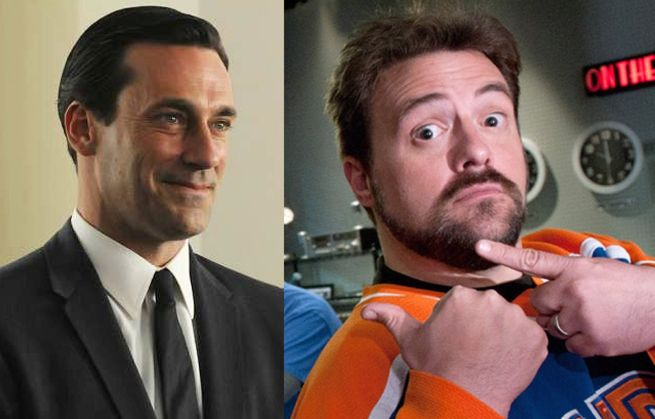 AMC has provided Comicbook.com with an exclusive clip from this week's Comic Book Men. In the episode called "Bat Prints", Walt considers buying hand and foot prints of Adam West and Burt Ward from the Batman TV show; meanwhile, a customer sells a rare set of Star Wars comic strips.

In our exclusive clip from the episode, Kevin Smith points out that any time you go to a movie now there is a comic book adaptation on the big screen. Smith says, "So eventually, it's going to come down to Comic Book Men The Movie."

Smith and the Secret Stash staff then discuss who will play them in the movie version. Smith says, "I'm going to be played by Jon Hamm. That's who I'm voting for. If they're going to make a movie of this, I want to see a fictionalized version of Kevin Smith with the right physique."