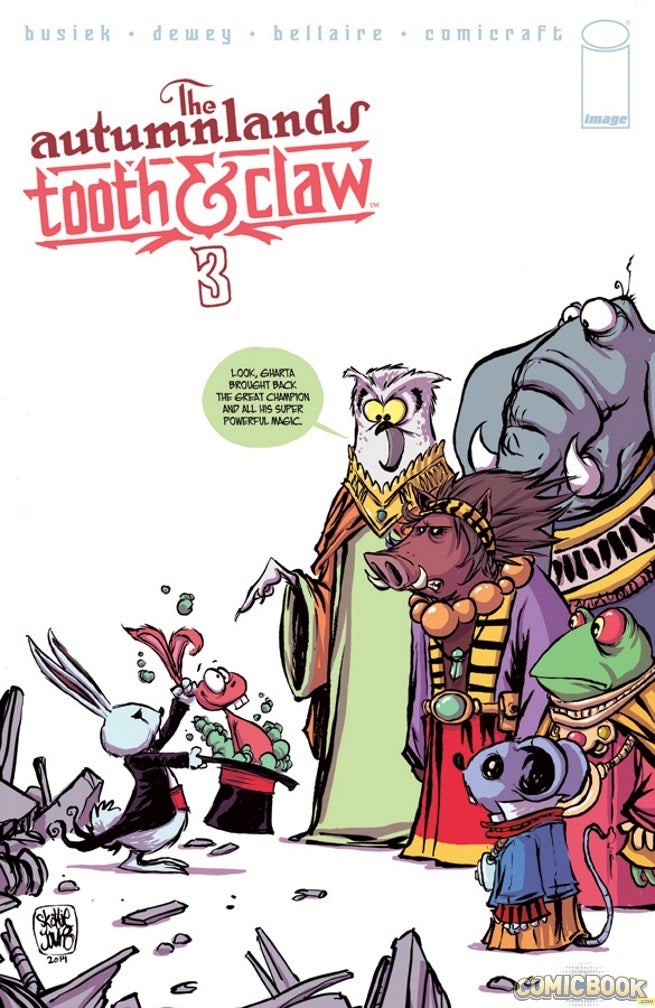 Image Comics has provided ComicBook.com with a first look at Skottie Young’s variant cover for The Autumnlands: Tooth & Claw #3.

Fans of the new series will notice that the “Great Champion” featured on Young’s cover is a bit different than the one in the story.

The Autumnlands: Tooth & Claw is written by Kurt Busiek and drawn by Ben Dewey. The series takes place in a fantasy world full of anthropomorphic characters, where magic is vital to their way of life, and also on the verge of vanishing entirely.

The Autumnlands: Tooth & Claw #3 hits store shelves January 21. The final order cutoff date is December 22. You can pre-order with the Diamond Code NOV140693.