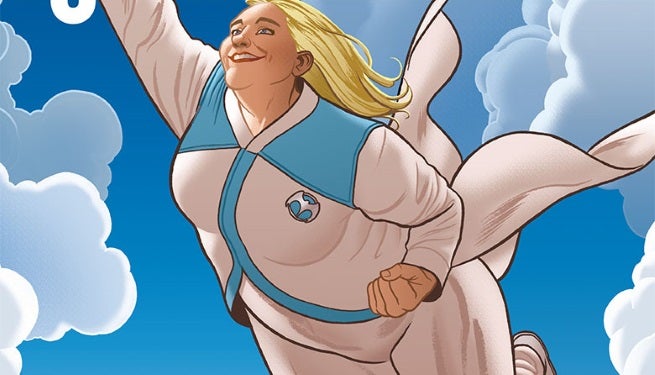 Valiant Entertainment has provided ComicBook.com with an exclusive preview of Harbinger: Faith #0, from writer Joshua Dysart and artist Robert Gill.

The issue follows the Faith, the fangirl turned superhero, as she picks up the pieces after the events of Harbinger, and leads into her upcoming role in a brand new story arc of Unity, beginning in Unity #12.

Harbinger: Faith #0 goes on sale December 17. Check out the preview in the gallery below.

Her first and only boyfriend to date is a little bit of a douche, her friends are all gone, and, after her insane adventure in Mexico City, Faith Hebert is feeling a little frustrated with the direction of her life. She's just a normal super-powered young woman in an increasingly crazy world. Here's the story of a true innocent and kind heart in a hard world. From the comic shop of her youth to the moment she found out that, despite her weight, she was actually light as feather.