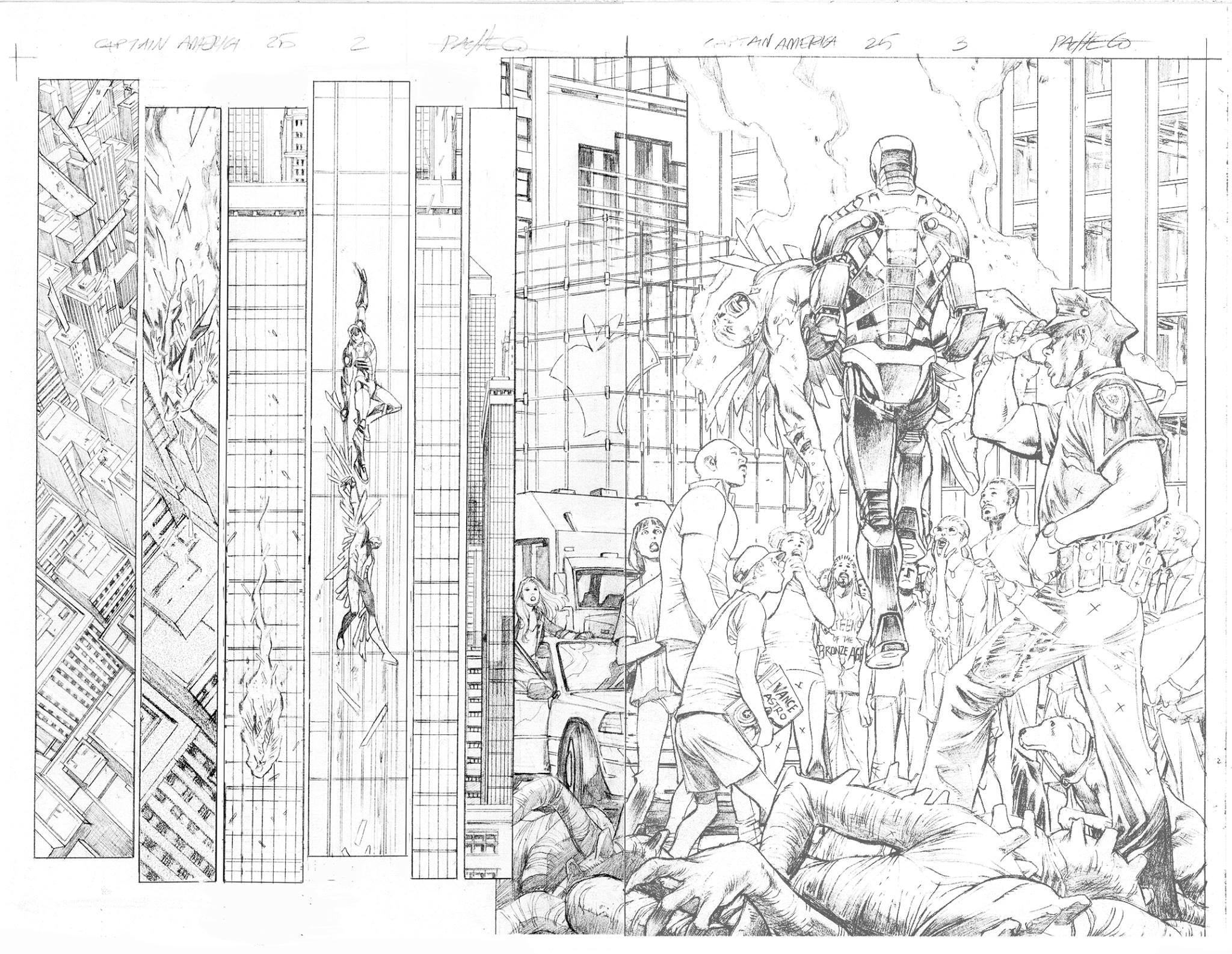 Incoming Captain America artist Carlos Pacheco has posted the image above to his Facebook page, apparently depicting the death of Sam Wilson, the Falcon, before he can even take on the role of Captain America.

He even helpfully captioned it "The death of Falcon...'nuff said!"

You can click on the image to see it in full size. It appears to be a two-page splash from Captain America #25, pages two and three. Pacheco will draw the book for writer Rick Remender.

The odds are very small that he's actually being literal, of course. In all likelihood he means that the identity of "The Falcon" is dead because Wilson will become Captain Americain this issue.

Nobody better tell Stephen Colbert; wasn't he offered that job? He'll be upset to know it's not really there.

Of course, if they were to kill off Wilson, it woudln't be totally unprecedented. David Knight was passed down the mantle of Starman from his aging father in the DC Comics event series Zero Hour: A Crisis in Time and, with the launch of Starman the next month, he was almost immediately shot and killed, leaving his brother Jack to reluctantly take on the role.

Falcon Both Dies And Becomes Captain America In One Issue?