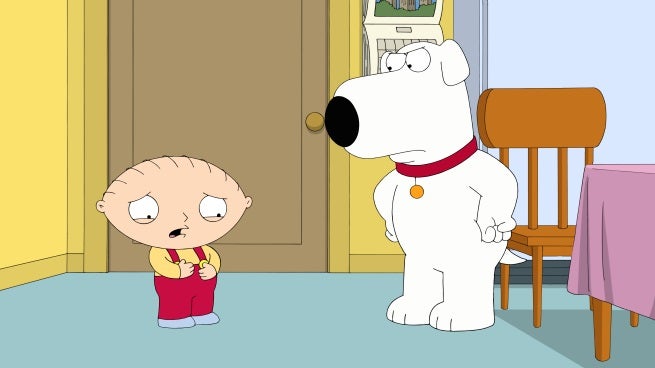 In "Stewie is Enceinte," Brian decides he doesn't want to hang out with Stewie anymore, so Stewie tries to save their relationship by having a baby … or seven … by using Brian's DNA to impregnate himself. Meanwhile, Peter, Joe, Quagmire and Cleveland attempt to make a viral video.