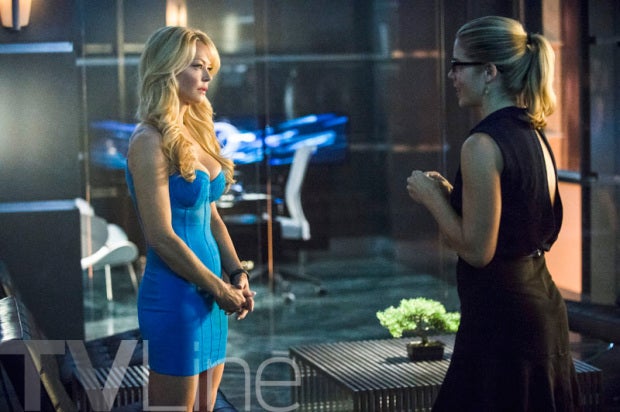 Felicity Smoak's mother -- one of the only aspects of her past that's had even the tiniest bit of light shed on it in previous episodes of Arrow -- will show up tonight in "The Secret Origin of Felicity Smoak."

To celebrate, IGN has the first look at the character, played by NYPD Blue's Charlotte Ross, in the flesh.

You can check out the clip below, in which Felicity's mom meets up with Team Arrow's Oliver and Diggle for the first time.

Arrow airs on Wednesday nights at 8 p.m. ET/PT on The CW. "The Secret Origin of Felicity Smoak" airs tonight.