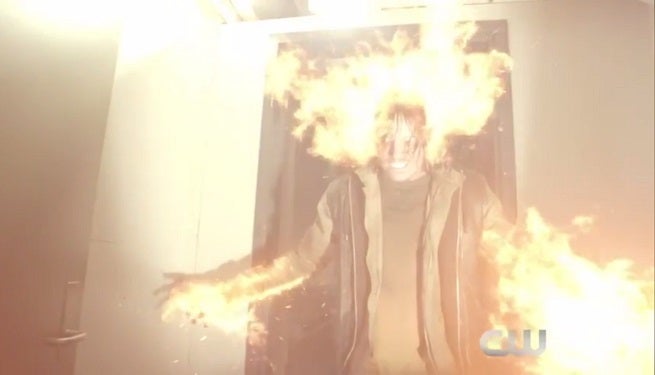 The CW has released a new clip from tonight’s midseason finale of The Flash, “The Man in the Yellow Suit.”

The clip shows the man who was Ronnie Raymond, now going by the name Firestorm.

In "The Man with the Yellow Suit," Barry (Grant Gustin) enjoys the annual tradition of tree trimming and gift exchange with Joe (Jesse L. Martin) and Iris (Candice Patton). He gives Iris a touching gift, but the moment is interrupted by Eddie’s (Rick Cosnett) arrival. Ralph Hemecker directed the episode written by Todd Helbing & Aaron Helbing.

The Flash midseason finale, “The Man in the Yellow Suit,” airs Tuesday, December 9 at 8 p.m. ET on The CW.