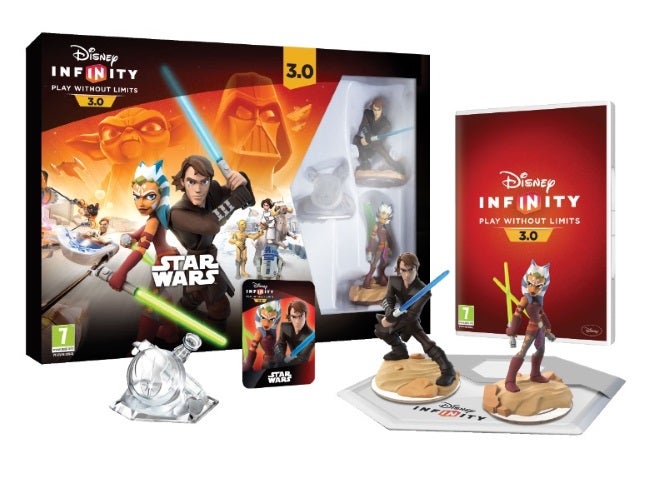 It looks like Disney Infinity is travelling to a galaxy far, far away for version 3.0 A German retailer listed preorders for Disney Infinity 3.0: Star Wars on PS4, PS3, Xbox 360, Xbox One and Wii U, with a German release date of August 20.

The listings include images of the starter pack, seen above, which comes with Anakin Skywalker and Ahsok Tano figures, plus a playset piece. The cover art also shows Darth Vader, Yoda, Obi-Wan Kenobi, Princess Leia, R2-D2 and C-3PO.

ComicBook.com has reached out to Disney Interactive for comment. They responded, saying, "Disney has no comment on Disney Infinity 3.0 at this time."

However, Dinsey Ineractive may have slipped some information on their official Twitter account, posting the sentence "You must have patience," or rather, "Patience, You Must Have," in German. Why they used German, we'll never know, but the quote comes from Master Yoda himself. With the clever tease from Disney in hand, expect an official announcement to come soon.