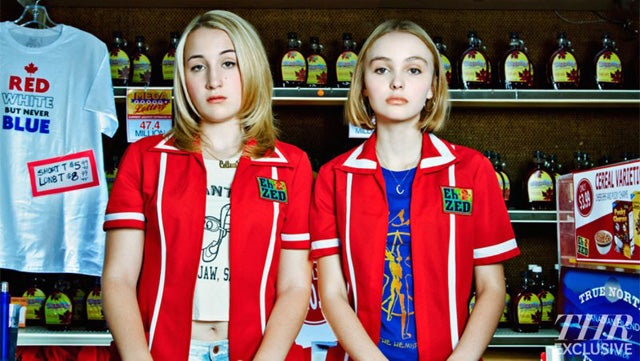 has debuted the first official still image from Yoga Hosers, Kevin Smith's second film in two years based on an idea he and his co-hosts came up with on a podcast.

The film is the second of three planned films about Canada -- the "True North Trilogy" -- which began with this year's Tusk, a film in which these characters, played by Smith's daughter Harley Quinn Smith and Lily-Rose Depp, daughter of Johnny Depp, debuted.

"Their onscreen chemistry comes courtesy of a lifelong friendship: Harley and Lily have known each other since first grade," Smith said. "Acting is a job of making choices, and Harley and Lily were making their own character and delivery choices from day one on the flick. At one point, I pulled them both aside to ask, 'You are making excellent choices without me saying anything. What adult is telling you to do these things behind my back?' The girls said they'd simply learned to act from watching movies and TV shows their whole lives. But in their case, acting and goofing around is in their blood. And it was thrilling to watch them both take their first steps in what's bound to be a lifelong passion for performance."

Also reprising his role from that film will be Johnny Depp himself as a Quebec police detective who is enlisted by two convenience store clerks to solve a mystery. The film is shooting now in Los Angeles.