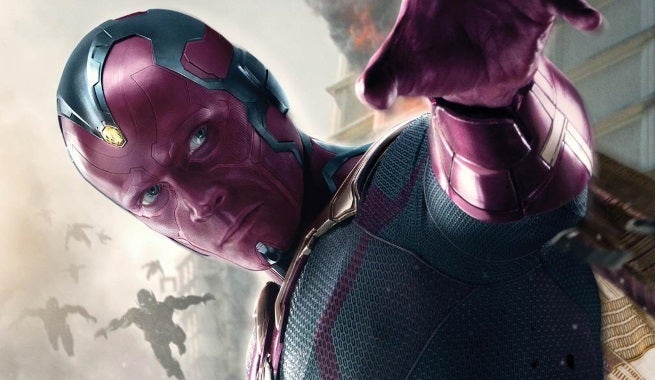 Actor Paul Bettany (A Beautiful Mind) was on BBC's The One Show discussing his role in Avengers: Age Of Ultron and he brought with him the first clip featuring The Vision.

For Marvel films, Paul Bettany is accustomed to lending only his voice to play the role of Tony Stark's AI system known as JARVIS, but for the new Avengers film he had to actually do some physical acting. The veteran actor plays the superhero android known as The Vision. Watch as Thor (Chris Hemsworth) is left in awe by his introduction.

Check out the clip below.

SPOILERS - First Video Clip of the #Vision from #AgeOfUltron https://t.co/QcB0xeYogV

Could MJF Return to AEW Tonight at Quake By The Lake?

Disney+ With Ads Launching in December

Disney+ Getting Huge Price Increase at the End of 2022

SK8 the Infinity Season 2 Rumors Swirl Ahead of Anime Event