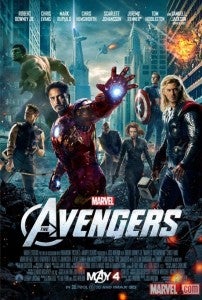 Let us first say that we will be in line opening for both The Avengers movie and the Dark Knight Rises, and we're huge fans of both movies. However, one of the two movies will ultimately make more money than the other movie at the box office. We've contemplated five reasons why the Avengers could beat the Dark Knight Rises at the box office. Tomorrow, we will share five reasons why just the opposite could happen and the Dark Knight Rises could come out on top. Keep in mind, this isn't necessarily about which movie is the better quality movie, even though quality could and should play a role in box office results. Our expectation is that both The Avengers and The Dark Knight Rises will be high quality movies, so it might very well come down to other factors as to what tips the scale. 5. Stronger Social Media Campaign – If the Avengers vs. Dark Knight Rises box office battle was fought on Facebook and Twitter, then the Avengers would win in a knockout. The Avengers Facebook page has well over 900K fans, and there are daily updates posted. The Dark Knight Rises Facebook page is stuck around 500K fans, and there have been very few updates this year so far. On Twitter, The Dark Knight Rises started a nice campaign with @thefirerises, but then abandoned it. On the other hand, The Avengers has a strong and active group of Twitter followers. 4. Robert Downey Jr. – While both movies are packed with stars, there are few stars that shine brighter when it comes to raking in the box office dollars. Downey Jr. was the only star between the two movies that was listed on the Quigley Poll as one of the top ten money-making stars of 2011. Also, since Robert Downey Jr. has been known for playing in a romantic comedy or two, his appeal to women is high, and he might be able to bring in additional female viewers who might not typically go to see a superhero movie. 3. 3-D Will Boost Ticket Dollars – While 3-D isn't the box office draw it used to be, The Avengers will have their average ticket price boosted by a 3-D release of the film. In all likelihood, The Avengers will sell out in many theaters on opening weekend, and even fans who would not normally pay extra for 3-D will likely be forced to opt for the 3-D version to avoid waiting another week to see the film. 2. Early Opening Could Lead To Long Summer Run – There is something to be said for being first. If Avengers turns out to be the great movie that most are anticipating, then the buzz could help it to a very long summer run. It's the sort of movie that fans might be prone to see multiple times throughout the summer, and by getting started in early May, The Avengers will have longer to rake in the summer box office dollars. 1. Appeals To Families – The Dark Knight Rises will likely live up to its dark title. Families with younger children might stay away out of fear that The Dark Knight Rises is too violent and scary for younger viewers. While there is also violence in The Avengers, it seems to have a decidedly lighter feel. Parents will more than likely view The Avengers as a family movie, which means it could appeal to a much broader demographic than The Dark Knight Rises.

My Hero Academia Reveals Izuku's Reaction to That Major Death

Return to Monkey Island Has a Neil Druckmann Cameo