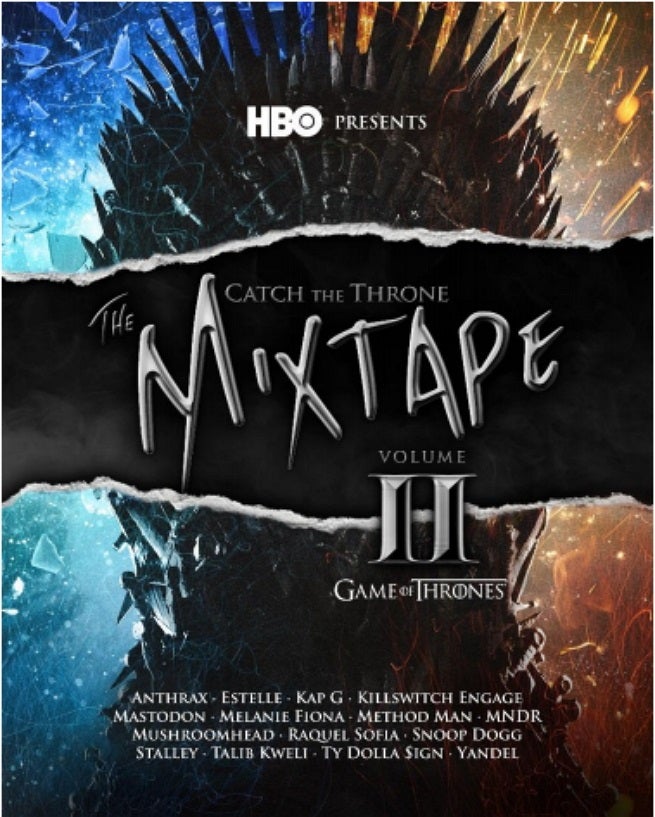 HBO has announced the release date and artists for Catch the Throne: The Mixtape Vol. 2. The second volume of the Game of Thrones inspired compilation will be available to stream on March 17.

Produced by Launch Point Records, the 15-track album features a variety of artists performing songs about the characters and events of Game of Thrones Season 4. The album will feature a mixture of metal and hip-hop music, to represent the series' dual themes of fire and ice.

Talib Kwei's contribution to the album, “Lord of Light,” is available to stream now at Complex.

The album is being released in anticipation of the Game of Thrones Season 5 premiere, airing on HBO on April 12.