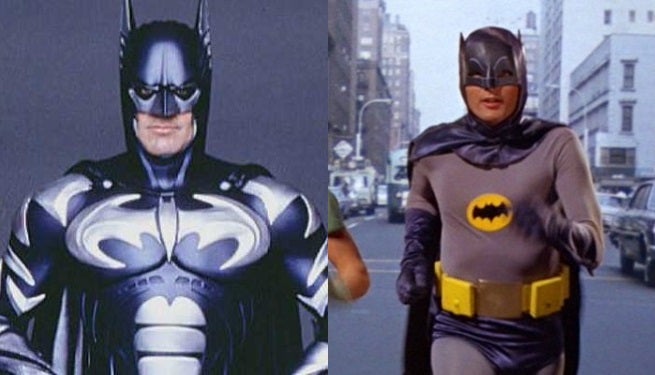 George Clooney, still on his honeymoon after his recent wedding, made a surprise appearance at New York Comic Con, during the panel for his upcoming film Tomorrowland, walking out just as co-star Hugh Laurie was saying some unflattering things about him.

After Clooney explained that this was his first Comic Con, panel moderator Chris Hardwick complimented Clooney on his superb Bruce Wayne cosplay, which led to some conversation about Batman & Robin, the film in which Clooney played Batman.

"I think since my Batman, I was disinvited from Comic Con for 20 years," Clooney joked.

Clooney also mentioned that he met Adam West, the Batman of the 1960s television series, at the convention and felt apologetic.

"I met Adam West back there, just now, and I was like 'hey, I'm really sorry,'" Clooney said.

Always gracious, West offered Clooney a fist bump, but Clooney he'd rather he have just hit him.