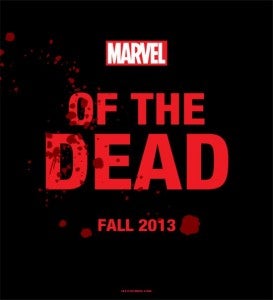 In a new interview with Daily Dead, legendary horror director George A. Romero revealed some details about his upcoming zombie series for Marvel Comics.

The book will apparently be a limited series, which has been pushed back from its original late 2013 start date to sometime in 2014. It's also planned out for 15 issues so far.

"Max Brooks and I do these panel discussions together and he believes that humans don’t stand a chance," Romero said. "I don't know. I’m writing a comic book series right now for Marvel. I can’t really say anything about the story, but I’ll just say that the zombies are advancing even a little further."

He added, "It’s fifteen books, so it’s long. It’s the equivalent of two and a half screenplays. It’s a novel basically and, in fact, I might novelize it."

“I’m writing it now, but it’s plot is a secret,” Romero said of the book when it was announced back in February. “I can tell you it won’t involve any of their on-going characters, there will be no superheroes. But it will involve zombies!”