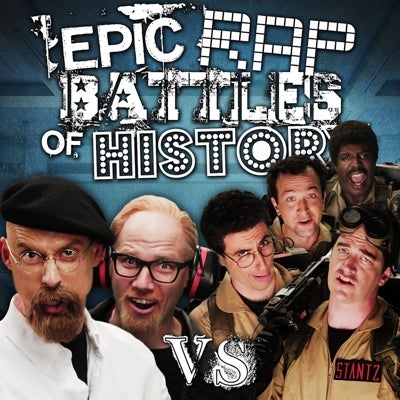 Season 4 of Epic Rap Battles of History is underway and this time the streams are crossed when Ghostbusters go head to head with MythBusters.

Epic Rap Battles of History was created by Nice Peter, epicLLOYD, Dave McCary, and Maker Studios. The popular YouTube series pits famous historical and pop culture figures, real and fictional, against one another in a rap battle. In October, it became the 14th most subscribed channel on YouTube with over 11 million subscribers and over 1.3 billion total views.

Celebrities such as Snoop Dogg, "Weird Al" Yankovic, and comedy duo Keegan-Michael Key and Jordan Peele have made appearances on the hit web series.

Ghostbusters and MythBusters Square Off in an Epic Rap Battle