FOX and Warner Bros. Television have provided ComicBook.com with an exclusive first look at Gotham's take on the DC Comics villain The Dollmaker, as drawn by Mike McKone with colors by Rod Reis.

Also known as Dr. Francis Dulmacher, The Dollmaker was first referenced in the season's second episode (titled "Selina Kyle") and has emerged late in the season as a major player in the story of Fish Mooney (Jada Pinkett Smith)...even though we still haven't got a look at him. 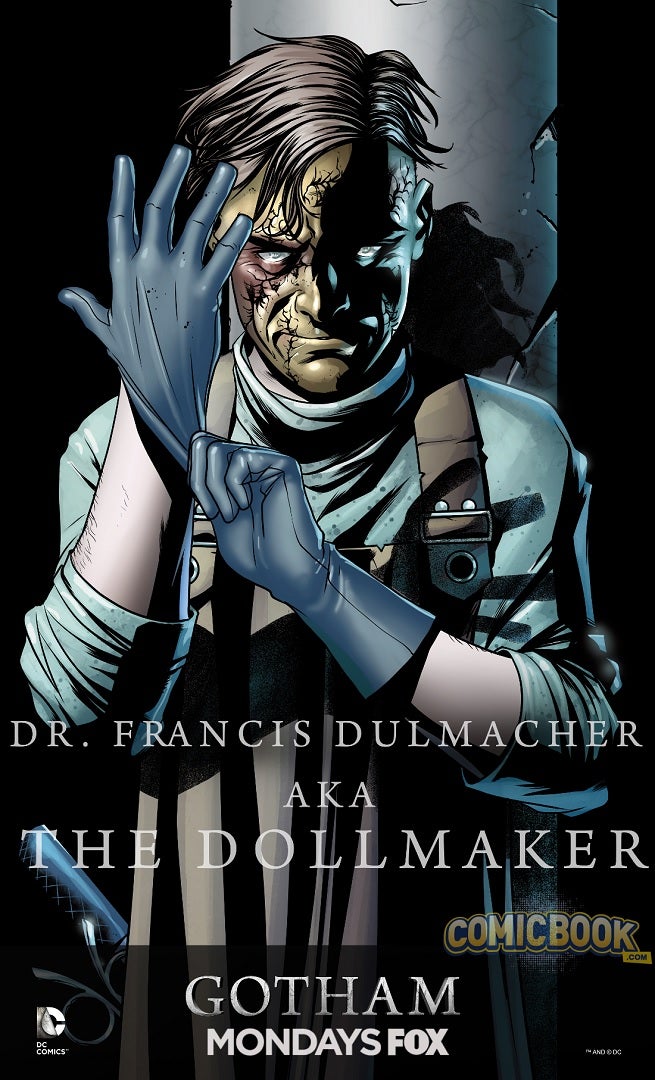 Played by Colm Feore, The Dollmaker will appear on Monday's episode of Gotham, titled "Everyone Has a Cobblepot." While "Selina Kyle" outed Dulmacher as the figure behind the mass kidnappings of Gotham's street children, we've seen in recent weeks there's even more to his plot than that. With a zealotry bordering on madness, and aided by his genius-level intellect and vast medical expertise, Dr. Dulmacher pursues his demented researches, even as the bloody costs of his actions grow ever greater.

While Dulmacher himself is original to Gotham, there have been three other Dollmakers in DC Comics history, including a Batman villain who bears more than a passing resemblance to this version. Whether Dulmacher is the replacement for Barton Mathis in this continuity or just his precursor remains to be seen.

Mathis, as a side note, has appeared on The CW's Arrow as a villain terrorizing the Lance family.

To celebrate the character finally coming to Gotham, the social media team for the show is putting together a giveaway: Fans should follow @Gotham on Twitter to get details about an exclusive Dollmaker poster giveaway (using this art) on Monday, March 2nd.

Clerk: First Look at the Trailer and Poster For Kevin Smith Documentary