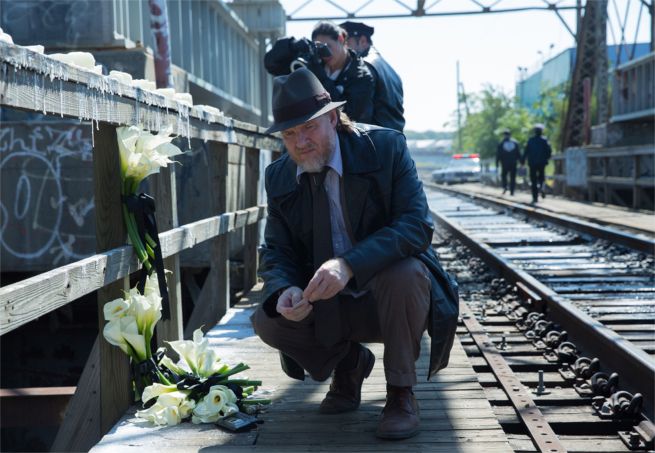 In the "Spirit of the Goat" episode, when a killer begins targeting the first-born of Gotham's elite, Bullock is forced to confront traumatic memories from a nearly identical case he worked in the past. Later, Gordon is confronted by past decisions.