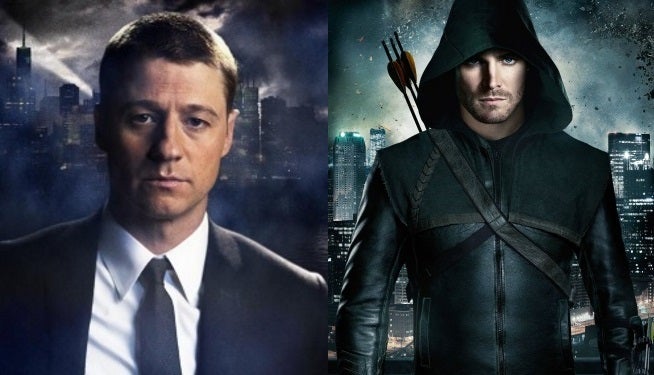 Thanks to the success of Marvel's shared cinematic universe, many fans have been eager to see DC Entertainment build something similar out of their slate of upcoming films and ongoing television series, including the new Batman prequel series Gotham, premiering tonight on Fox.

In an interview with Digital Spy, Gotham showrunner Bruno Heller entertained the idea of a crossover and seemed hopeful.

"We'll see as we roll on. Precise tone is the important thing in establishing a series, but then you have to see what other shows live in the same universe. Would it be weird if they met up?

It's fun for the audience to see that clash, but actually doing it is scary. I hope we do at some point. That's the beautiful thing about being inside the DC Universe, but we'll wait and see what pops and what doesn't."

It seems unlikely that this will occur anytime soon. DC Comics CCO Geoff Johns has already stated that DC's film universe and television series will remain separate, seeming to close that door, and The CW is already building its own shared universe with The Flash spinning off of Arrow, but things can always change over time.