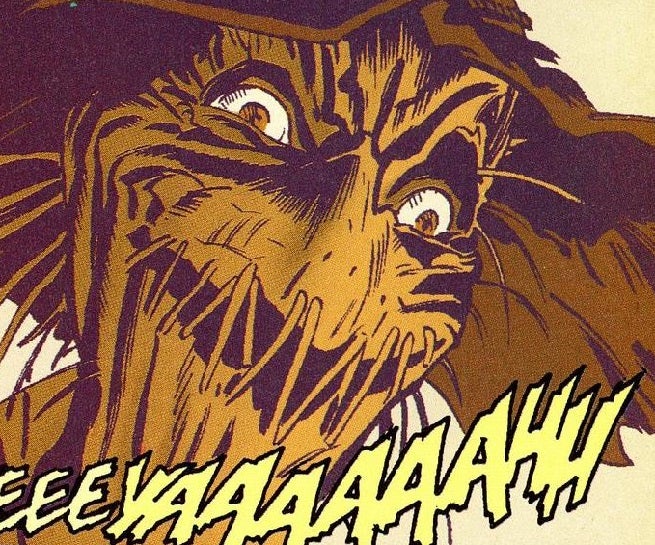 Warner Bros. Television and FOX have just released an episode title and synopsis for the upcoming fourteenth episode of Gotham, set to air on February 2 at 8 p.m. ET/PT.

The episode is titled "The Fearsome Dr. Crane" and it sounds like the season-long arc of The Penguin pitting Maroni and Falcone against one another is about to take an interesting twist, thanks to the influence of Fish Mooney.

Oh, yeah...and they're introducing a "Dr. Crane," a killer who apparently targets victims with severe phobias. That's going to be the father of Dr. Jonathan Crane, the man who will eventually become The Scarecrow.

Fish Mooney reveals a secret of Oswald Cobblepot's, prompting Maroni to take him on a trip to test his loyalty. Meanwhile, Gordon and Bullock hunt down a killer who targets victims with severe phobias and Bruce Wayne confronts Gordon for failing to make progress on his parents' murder case in the all-new "The Fearsome Dr. Crane" episode of GOTHAM airing Monday, Feb. 2 (8:00-9:00 PM ET/PT) on FOX. (GTH-114) (TV-14 D, L, V)

Gotham: The Fearsome Dr. Crane Episode Synopsis Teases The Man Who Will Be Scarecrow