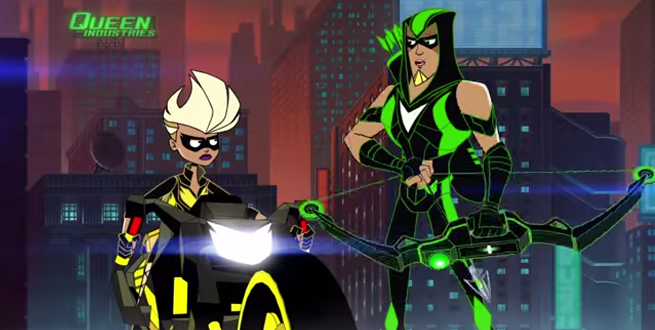 Just days after Cupid was cast on The CW's Arrow, the character appeared in a DC Nation short on Cartoon Network, which you can now find online.

In Arrow, the character will be played by Supernatural's Amy Gumenick.

Onomatopoeia is a fan-favorite character, created during Kevin Smith's run on the series (which revived Oliver Queen from the dead). He's been a character frequently mentioned when fans talk about who they'd like to see on Arrow but not only the show's producers, but even Kevin Smith has acknowledged how difficult it would be to do the character in live action.