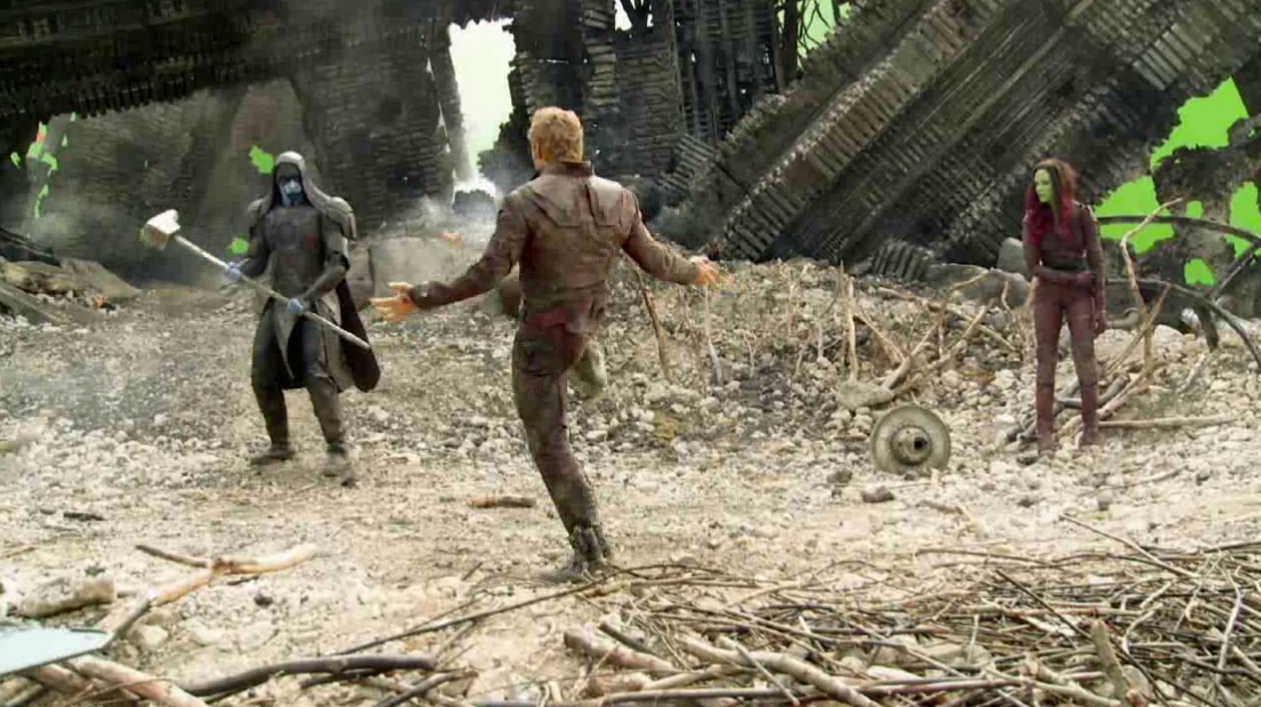 We all assumed that Chris Pratt had serious moves, but this proves it.

A backstage look at Marvel’s Guardians of the Galaxy (via E!) showcases the making of the climactic dance-off between Star-Lord and Ronan The Accuser at the Xander crash site. Of course, the few moves that movie goers saw on screen weren't the only moves that Pratt busted that day.

Channeling his comedic chops, Pratt narrates the scene at the filming location with ample doses of humor.

“There’s a fire there, but don’t worry! We’ve got firemen here, which has been a real treat for the ladies,” he joked. We're doing what appears to be an epic dance battle...your standard action dace-off.”

Hopping around on the film’s set, Pratt then challenges his costars to dance with him. “Everybody is having a blast! Let’s do a danceoff!” Pratt yelled.

Check out the video below for all of Pratt's moves.

Guardians of the Galaxy is available to own on Blu-Ray, DVD, and digital download on December 9th.