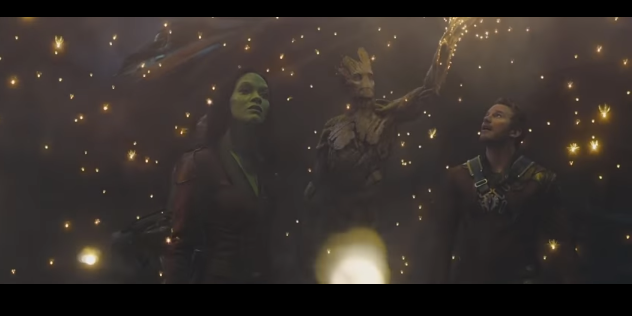 If Awesome Mix was starting to feel dry after the 1,000th playthrough, don’t worry. There’s finally another Guardian of the Galaxy-themed song for you to jam to.

Eclectic Method, the audio-visual remix act, has put their signature spin on Guardians of The Galaxy. By remixing various lines and clips from the feature film to original house beats, and this case, songs from Awesome Mix, Eclectic Method makes a dance tune that’s as unique as the Guardians themselves.

While there’s a ton to love in this remix, the best part by far is the “I Am Groot” segment. Who knew that we could draw even more milage out of that single line of dialogue? Hopefully Marvel has that patented.

Check out the video below for Galaxy’s best new house music below, and rock out like Star Lord with his fuzzy orange headphones.

Guardians of the Galaxy hits Blu-Ray and DVD on next Tuesday on December 9th.

Guardians Of The Galaxy Gets Eclectic Method Remix