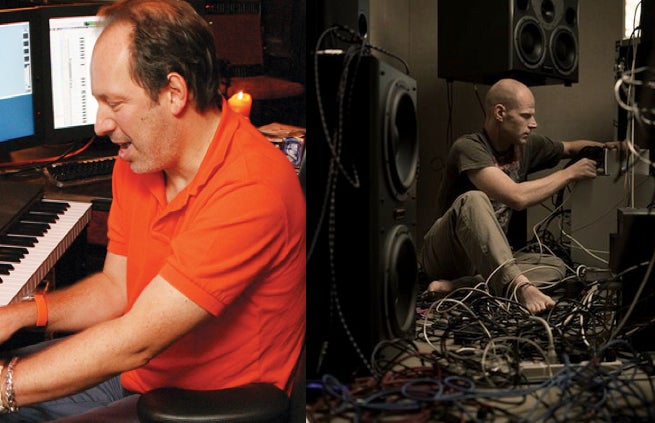 Despite scoring the upcoming Batman Vs. Superman: Dawn of Justice, composer Hans Zimmer is steering clear of Gotham City.

In an interview with Spinoff Online, Zimmer revealed that he is hard at work composing Zack Snyder's next installment of the DC Cinematic Universe. And while he has no problems revisiting the score he developed for Superman in Man of Steel, The Dark Knight posed a much larger problem.

Zimmer shares a long history with Batman, defining the character's audial motif with James Newton Howard for Christopher Nolan's Dark Knight trilogy. Going back to the character, who is now completely reimagined for DC's new universe, was too much of a bear for Zimmer to tackle.

Zimmer's solution was to phone a friend. Now, composer XL Junkie will score the Dark Knight's moments throughout Batman V. Superman, including the character's theme music. XL Junkie is no stranger to genre projects, having scored Mad Max: Fury Road, 300: Rise of an Empire, and Divergent.

"I said to him, "You take care of Batman. I'll do the other guy," Zimmer elaborated. "And Zack loved that idea. It's a way out."

Hans Zimmer Is Working With Junkie XL To Do Batman Part Of Batman V. Superman Score