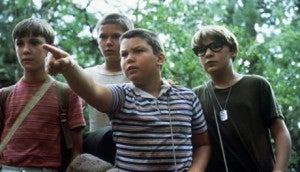 O'Connell, whose recent TV series include critically-praised flops like The Defenders and Carpoolers, is probably most famous for his memorable childhood roles in '80s classic Stand By Me.

O'Connell will play the family patriarch, a hapless, undead hulk who brings to mind Frankenstein. He joins the already-cast Mason Cook as his werewolf son Eddie and Eddie Izzard as Grandpa Munster.

From Heroes and Pushing Daisies showrunner Bryan Fuller, who is also currently developing Hannibal at the network, Mockingbird Lane is reportedly a darker and edgier take on the dysfunctional monster family, although The Hollywood Reporter, who broke this story, is still referring to it as a sitcom. Still, with House and X-Men director Bryan Singer going behind the camera for the show's pilot (he's also a producer) it's hard to imagine it will be anywhere near as silly as the previous iteration, which ran for 70 episodes in the 1960s.

Herman Munster Wants You To Show Him The Money