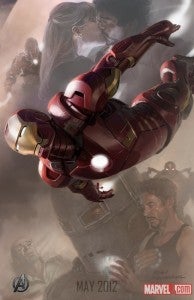 It's a big weekend for Marvel, certainly, with Captain America: The First Avenger arriving in movie theaters today, the teaser trailer for The Avengers, one of 2012's big comic book movies, and, of course, all the hubbub that is Comic-Con 2011! In keeping with all of this, Marvel is releasing a series of artist-drawn posters featuring individual members of the team that will be assembling for the upcoming film. The best part is that they're giving them away this weekend at Comic-Con!! Yep, you heard it. GIVING THEM AWAY! Posters for Iron Man, pictured to the right, and Captain Americawere already released, and now Marvel has unveiled the posters for Jeremy Renner as the super archer Hawkeye and Scarlet Johansson as Black Widow. Slated to hit theaters on May 4th, 2012, the character roster for the film is a who's-who of the Marvel universe. Characters such as those mentioned alongside Thor, Hulk, Nick Fury, Loki and more will make an appearance in the super-powered production. Check out the other released posters below! 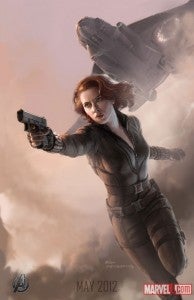 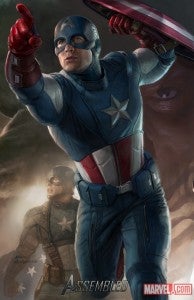 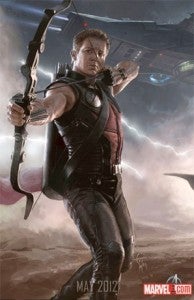