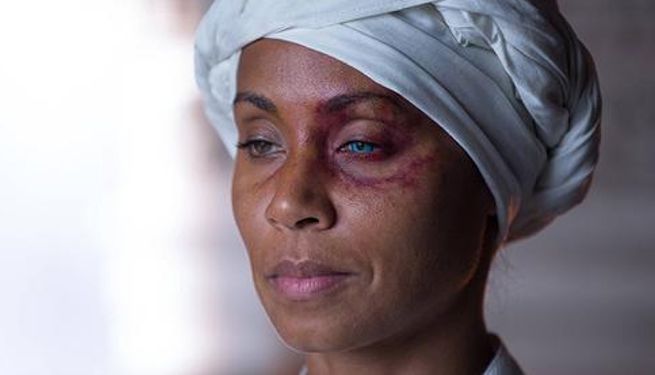 Whether or not Fish Mooney survives her encounter with the Dollmaker, Gotham star Jada Pinkett Smith will not be returning for the show's second season, the actress confirmed today on ABC's LIVE with Kelly and Michael.

It's not the first time the actress has hinted that she might not make it -- during a recent conference call she suggested that the rest of the season was no easy road for her character.

Still, she had previously stopped short of saying that her character wouldn't return -- and even today she kept the language somewhat open.

"I don't think so," she admitted when asked by the hosts whether she is coming back. "I signed for a year and the year's up. BUT! There are some great things coming ahead on Gotham, believe you me."

Of course, just the fact that she doesn't return for Season Two doesn't mean her character is dead -- and if she's alive, you can bet she'll be a threat in later seasons.

Gotham is on a scheduled hiatus and will return with new episode in April.