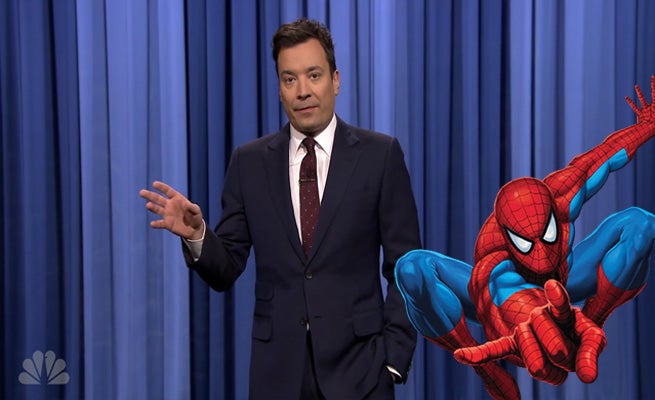 The news of Spider-Man heading back to Marvel Studios and joining the Avengers in the Marvel Cinematic Universe is the hottest topic this week. Last night, Tonight Show host Jimmy Fallon gave his own report of the news and even a sneak peek at what the new Spider-Man might look like.

He started out by informing the audience of the "rumor," which we know to be true, that "Andrew Garfield might not return to the role of Spider-Man," to which the audience "awe"-ed. He went on to talk about how many fans online are saying, "the next Spider-Man should be black."

Fallon then went on to unveil a special look at what Spider-Man would look like "if he were played by a black actor," through "Tonight Show technology." Fallon then presented the image of Spider-Man, in his full suit, on top of a subway train- looking no different than any other time we've seen him.

You can watch the clip in the video below if you're on a laptop or PC: