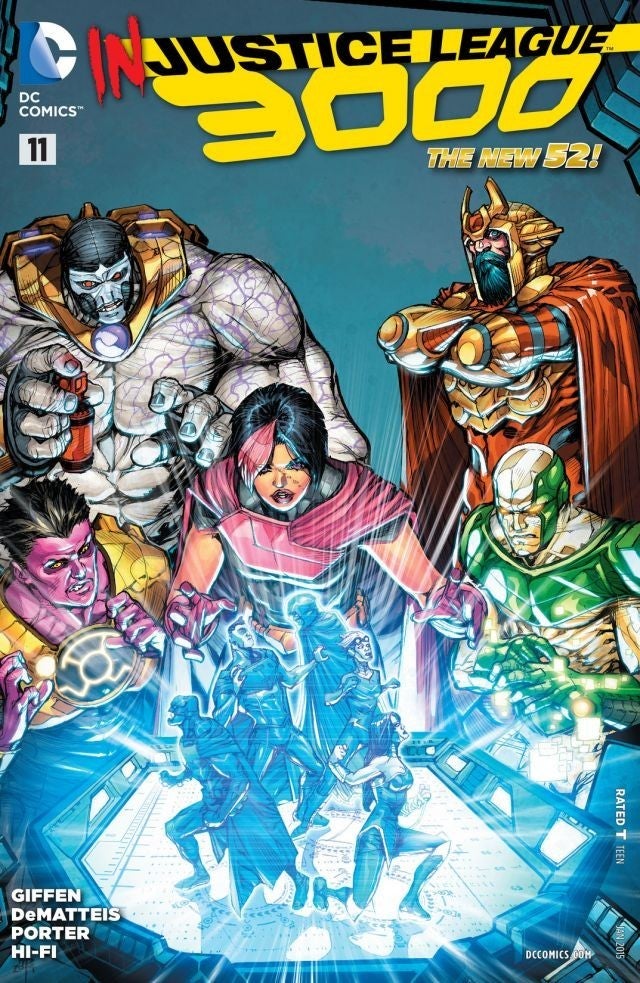 In case the headline wasn't enough for you, SPOILERS AHEAD for Justice League 3000 #11, out today.

Fans eagerly anticipating the previously-announced game-changing developments in Justice League 3000 next month should look to the end of today's issue...because it's already begun.

That's right, folks: Blue Beetle and Booster Gold, they of a (the?) pre-Flashpoint DC Universe, have made their appearance in the far-flung future of Justice League 3000. 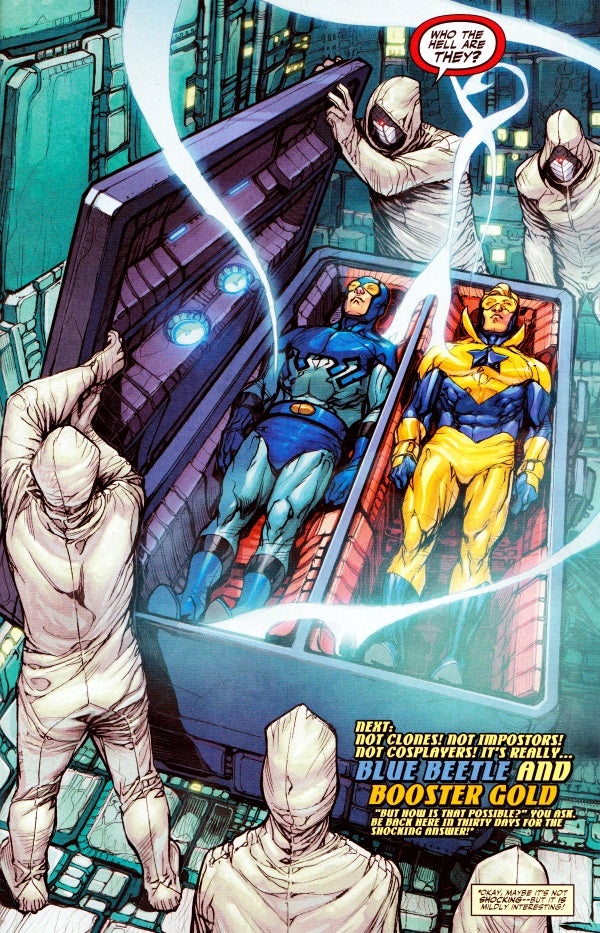 The issue debuted today, along with the kind of captions that often occurred in Giffen/DeMatteis Justice League stories past. In fact, DeMatteis has joked that coming up with eleborate credits jokes can take longer than writing the actual issues, but that's a whole other conversation.

This version of Beetle and Booster, last seen at the end of I Can't Believe It's Not the Justice League, inhabit a world very much like, but not identical to, the DC Universe that existed before Flashpoint. In it, Giffen has said, the events of Countdown to Infinite Crisis, where longtime Justice League liaison Maxwell Lord killed Blue Beetle and touched off a series of catastrophic and continuity-altering events, never took place.

Following the New 52 reboot, Ted Kord has never been the Blue Beetle. His character has appeared briefly in the comics, but only as Ted Kord, heir to Kord Industries/Kord Omniversal. Booster Gold has appeared in Justice League International, All-Star Western and most recently in The New 52: Futures End, but hasn't been depicted as having had the experiences with the "classic" Justice League International as told in the Giffen/DeMatteis stories from the past.

Justice League 3000 #11 is on the stands and available at ComiXology today.