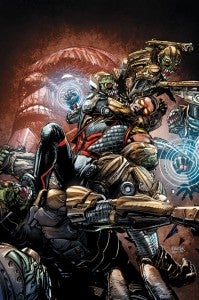 Earlier this week, it was revealed that both Katana and Vibe were headed for their own solo series, written by star creative teams and tying into the upcoming launch of Justice League of America. The third-string characters have never had their own ongoing, monthly series, and while there was an inevitable torrent of "why them?" questions that came from fans in the immediate wake of the announcement, we've got to ask: Why not? Comic book fans are fickle; for months now, fans have been complaining that DC never gives any new characters a chance to succeed. "Batman has more comics being published right now than most of the rest of the DC Universe combined" is the kind of hyperbolic criticism you hear from fans put off by the release of yet another new Gotham-set series. And yet, when characters from deep in DC's character library are given a chance to swing the bat, the fans are equally displeased. Anytime one of the major publishers take a chance on new or untested characters, it's unlikely that the book will succeed; that's just the comics marketplace today. It's difficult to argue, though, that readers and the comics industry would be better served by a fourth Superman title or a twelfth Batman title than it would be by trying something new. 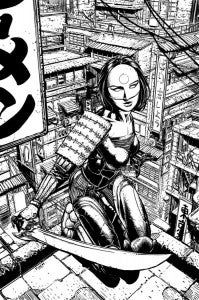 The most popular response from fans critical of the decision was something along the lines of "Why wouldn't you give Shazam or Martian Manhunter their own titles instead?". There seems to be a notion that a character with decades of history, who supported his own title for a while, is preferable to a new, untried concept. The only problem with that is that characters like Martian Manhunter, Shazam and others have had the opportunity--relatively recently--to carry their own titles and have failed to do so. As DC has pointed out time and time again as it relates to Stephanie Brown and other characters absent from the New 52, the passion of a small group of fans doesn't necessarily translate to sales from a large enough group to keep a book in print. See also: Marc Andreyko's Manhunter, Tony Bedard's R.E.B.E.L.S., Gail Simone's Secret Six or Abnett and Lanning's Resurrection Man. Hell, James Robinson's Starman is an evergreen product in the trade paperback and hardcover market, but the monthly periodical market could barely support The Shade for a year--at a time when many fans were clamoring for anything that acknowledged the pre-relaunch continuity. To that point, even if Justice League of America's Vibe and Katana turn out to be short-lived titles, it's hard to argue that it might not be worthwhile anyway if they give fans anything close to as good as those aforementioned, short-lived titles. While comic book fans are conditioned to care about the ongoing story and the ongoing title, a comic that's cancelled after eight issues but leaves one really great collection on the shelves in its wake could do well in the bookstore market and leave a lasting impression. Then there's the creators: Andrew Kreisberg, who works on Arrow, has clearly proven his understanding of the DC Universe and that his work can connect with fans. Ann Nocenti, who hasn't really found her niche yet in the New 52, is a talented writer who could be well-served launching a new series of her own rather than being boxed into the framework established by another writer; Green Arrow has been a mess for so long that it really requires the kind of bold move announced this week to get it back on track, and Catwoman is a sharply divisive book right now. While some fans were glad to see Judd Winick go, about that many thought he was doing strong work. Nobody seems to be of the mind that Nocenti is the answer there. The biggest thing, of course--and the same reason you see guys like Gambit getting ongoing, monthly comics down the street at Marvel--is that these companies don't really make that much from publishing. Licensing, toys, movie rights...these are the things that really add to the bottom lines of DC, Marvel and their parent companies. Right now, both Katana and Vibe are basically dead "properties." Characters few people have heard of, and fewer care about, are basically considered valueless by the folks at Warner and Disney--at some point there has to be an attempt made at rehabbing any given character, with an eye toward seeing what names might jump off the page and turn into the next Green Lantern--a distressed property made into a valuable one by a little TLC from the right creator.

Justice League of America: The Case For Vibe and Katana