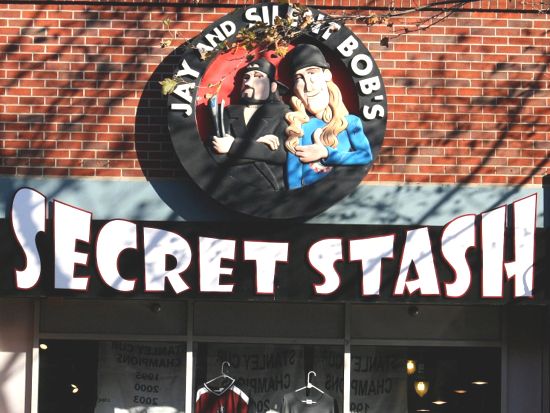 At New York Comic Con last weekend, filmmaker and comic book retailer Kevin Smith addressed some of the persistent questions that dog Comic Book Men, his unscripted series at AMC. Last week, we reported on his comments regarding the marginalization and stereotyping of comic book readers and retailers that some critics feel takes place on the show. Smith also addressed a common complaint of comic book retailers that goes along the lines of "I hate that show! Because of that, now I have everybody and their brother in here trying to sell me their crappy '90s comics!" 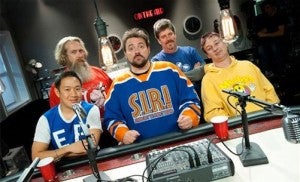 "You've got a stranger coming into your store--like, sell, bitch!" Smith said. "That's your job at that point. Don't blame me because I sent people into your store and they're trying to sell you stuff. When you got 'em in the door, whip a comic book at 'em! Do what you're supposed to do." Because he owns his own comic shop (Jay and Silent Bob's Secret Stash, where much of the show is set), Smith wants retailers to succeed, he said, and he's glad that, at least in some small way, he feels like Comic Book Men is helping out in that regard. He added, "I like the fact that the show has now promoted that people go back to brick and mortar, man. A lot of people [are] buying digital comics as well - but people can't buy a Elfquest first printing on digital. You see that on the show and you're like - I used to love Elfquest! You will go to a brick and mortar and look and seek it out or something like that."

Kevin Smith To Comics Retailers: Don't Complain Because I Sent People To Your Store