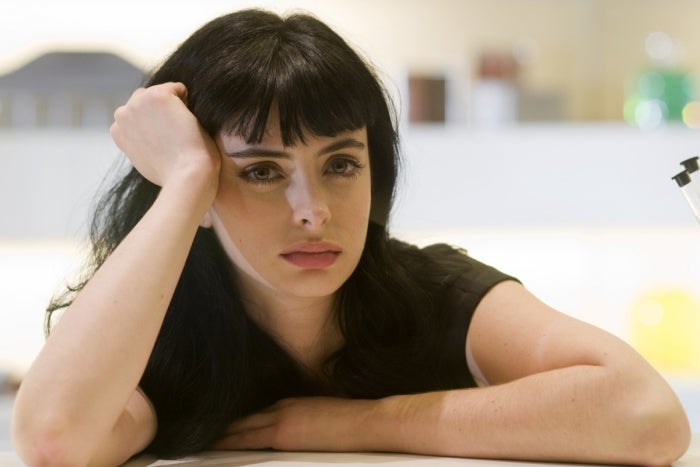 Since the announcement that actress Krysten Ritter would portray Marvel superheroine Jessica Jones in the upcoming Netflix series, she’s been voraciously reading comics and researching her character, she told Cosmopolitan.

Ritter says as far as being a comic book fan goes, she’s definitely a convert.

“I am now reading the Jessica Jones comics and devouring them,” she explained. “And [I'm] hooked. I don't think I've been so hooked on something since Serial. So now I feel that way about the Jessica Jones series. I can't wait. I mean, as soon as we're done today, that's what I am going to be doing. I'm really excited about Jessica Jones. It's so f***** cool. It's so cool. I can't wait to watch it.”

Ritter says she is ecstatic to be working with showrunner, Melissa Rosenberg.

“It's crazy, because I remember, like, six years ago, I was like, ‘I just want to work with female directors and female showrunners; there's none.’ And I feel like, since then, I've exclusively worked with women, which I love. I worked with Amy Heckerling, Kat [Coiro], Jessica Goldberg, Leslye Headland, Nahnatchka Khan, the creator of Don't Trust the B--, who is my idol and bar for anything funny. And now Melissa! It's a dream come true.” She added. “I'm a big champion for female directors and female showrunners, just f***** rad, strong women. I'm happy to be in company with them, I'm happy to be in the trenches with them.”

Jessica Jones will premiere on Netflix next year.