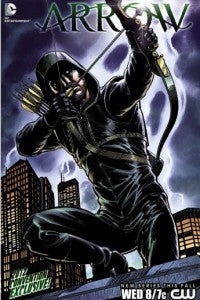 Mike Grell, the writer/artist who created The Warlord for DC Comics and redefined Green Arrow for a generation, was recently admitted to the hospital, and missed CooperCon last weekend as a result.

"Due to a brief hospital stay and guidance from his doctors, Mike Grell must cancel his appearance for the 2013 CopperCon," wrote the site's webmasters. "Mike is OK, he’s going to be resting up over the next few weeks and will be out on the road again to meet fans face to face."

His wife, then, took to social media to try and allay fan fears which--as Stan Lee learned when he cancelled a convention to get his pacemaker put in--can run wild quickly.

"As some of you know Mike Grell of Comic Book fame is my husband and he is doing better as he has been in the hospital," Lauri La Sabre Grell wrote to Facebook. "Thank you for your thoughts and prayers!"

She followed up with a message to Green Arrow TV's Facebook page, asking fans for continued thoughts and prayers for the 65-year-old artist. Among those to chime in quickly was Arrow executive producer Andrew Kreisberg. Grell has done work with the series a few times, providing police sketches in an episode as well as drawing the official 2012 Comic Con 10-page sampler and a handful of covers for the Arrow digital comic. He even provided interior art for a couple of issues.

Much of Grell's Green Arrow work has provided inspiration for Arrow, and characters he created including Shado and Eddie Fyers, have appeared in the series. A corrupt judge was named after Grell on the show.

Just now, Grell himself finally spoke up on the matter. Here's his statement:

I thought it was high time I issued some kind of official statement regarding my health status, especially considering how rapidly Facebook and Twitter have spread the word and how incomplete the information has been.

WHAT HAPPENED? Somewhere around the end of July, I found a small bug bite on my right calf. On 31 July I developed flu-like symptoms and achy joints. That night I fell asleep while reading and awoke at about 4AM with a fever. Alarmingly, my right eye would not track and my first thought was STROKE. Fortunately, I quickly put myself through the stroke evaluation and passed on all counts, so I was confident it was NOT a stroke even before I arrived at Summit Pacific Medical Center, where I was admitted on August 1.

After CAT scans, MRI’s, X-Rays, Ultrasounds and a spinal tap ruled out stroke, aneurism, tumors, diabetesmeningitis, MERSA, Lyme disease, and necrotizing fasceaitis, we were left with what pretty much everyone suspected from the start: CELLULITIS.

By August 3rd, my vision had returned to 100% normal, my general condition was improving and my doctors expected me to be discharged shortly. Then the wheels fell off.

It seems cellulitis is a nasty bug that, evenwhen you kill it off with antibiotics, the dying cells produce toxins that destroy other tissue.

The short version that I’m still in the hospital (a different one after being transferred here three days ago) with a small army of specialists swarming over me like an Indy 500 pit crew. The weird thing is that I don’t feel sick at all, just tired of being flat on my back. My doctors are optimistic and so am I. For the first time, we see daily improvement and I should be on my way home in a few days

Thank you all for your continued prayers and well wishes. I’ll keep you posted as I have more news.

Grell, who has recently drawn interior art for Dark Horse's Conan the Barbarian comics, is reportedly working on a novel based on his 1980s creator-owned series Jon Sable Freelance.