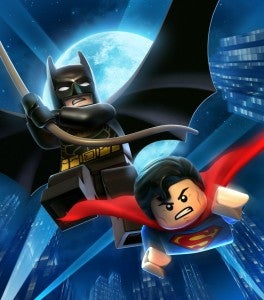 When Warner Bros./DC Entertainment/Lego announced the expansion of their DC Comics character collection last summer, you had to know more was coming. And boy has it. Lego Batman 2: DC Super Heroes, the followup to the best-selling Lego game of all-time, hits shelves this summer. The game will be available for the Xbox 360® video game and entertainment system from Microsoft, PlayStation®3 computer entertainment system, the Wii™ system, and Windows PC, as well as the Nintendo DS™ hand-held system, Nintendo 3DS™ hand-held system, and PlayStation®Vita handheld entertainment system. Warner Bros., Interactive Entertainment, TT Games and The Lego Group all had a hand in bringing the game to market. In the new game, Batman and Robin work to save Gotham City from destruction at the hands of Lex Luthor and the Joker. The Dynamic duo get help from Superman, Wonder Woman, Green Lantern and other heroes from the DC Universe. Players can explore new areas of Gotham City by using the Batmobile, Batwing and more. Cool gadgets suchs as Batman's Power Suit and Robin's Hazard Cannon will help players, as well as all-new abilities. Not coincidentally (and done brilliantly, BTW), many of the vehicles and gadgets in the game are part of the aforementioned licensing deal that players can now buy in stores. "LEGO Batman 2: DC Super Heroes further extends and combines both the Batman and LEGO videogame experiences to create very fun gameplay," said Samantha Ryan, Senior Vice President, Development and Production, Warner Bros. Interactive Entertainment. "Fans of all ages are going to enjoy the action and light hearted humor that TT Games and LEGO provide." We'll keep you posted as the launch date nears, and you can bet we'll have a full review up as soon as we get our hands on an early copy.