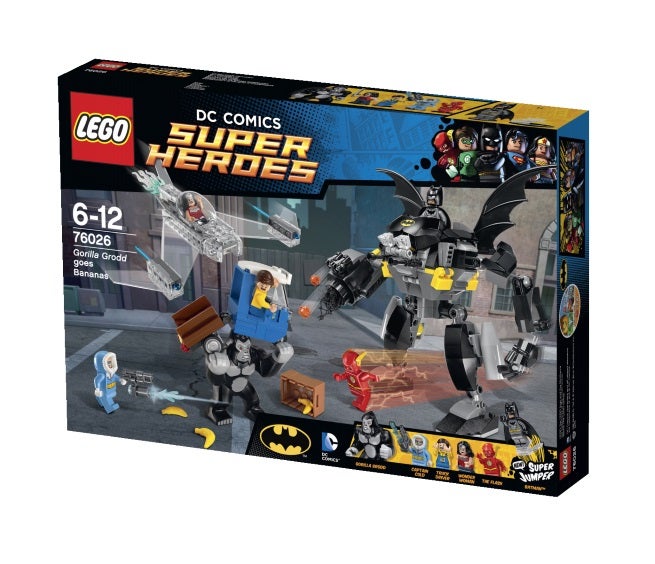 The Invisible Jet is featured in a playet called “Gorilla Grodd Goes Bananas,” which also looks to feature a Batman mech, and minifgures for The Flash and Captain Cold.

Other new DC Super Hero sets include “Black Manta’s Deep Sea Strike,” “Brainiac Attack,” “Green Lantern vs. Sinestro,” and “Darkseid Invasion.” You can see the box art in the gallery below.

According to the catalog, the new sets begin rolling out in April 2015.