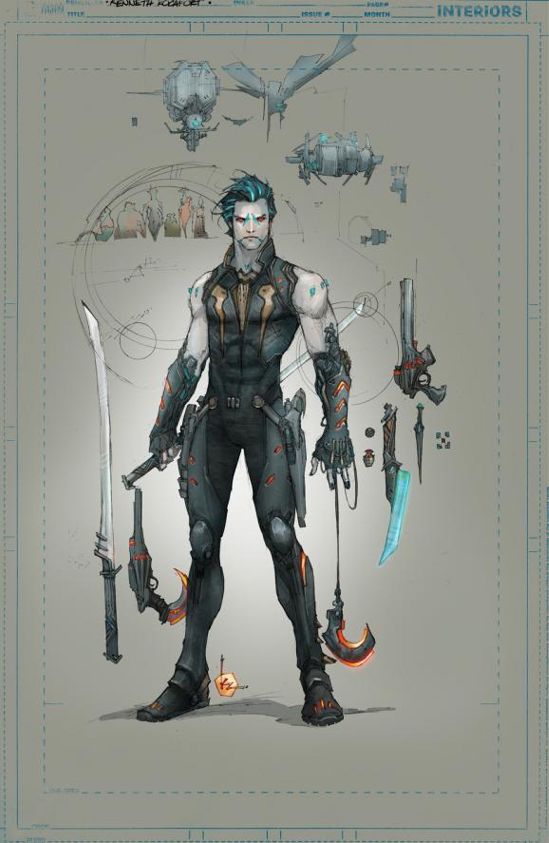 Do you think you know what Lobo looks like in the New 52? Thing again. Hot on the heels of announcing that the Justice League Of America is moving to Canada, DC Comics has announced that the Lobo fans had previously been introduced to in the New 52 is an imposter. The real Lobo in the New 52 has a completely new, slimmed-down look. Lobo still has a big assortment of weapons, but he looks a little more like a fashion model then the traditional rough and gruff Lobo. The new Logo is pictured in the art above and will be introduced in Justice League #23.2: Lobo. The issue is from the creative team of Marguerite Bennett, Ben Oliver, Cliff Richards and Daniel Brown. Despite his new appearance, the new Lobo is still a ruthless killer, and he plans to track down and kill the man who has been impersonating him. The new Lobo is designed to be someone who is strong, vicious, and driven, but who also is capable on infiltrating high society. The setting for the one-shot issue featuring Lobo is not on Earth, but on the other side of the galaxy. The new Lobo was designed by Kenneth Rocafort. Lobo's facial tattoos and weaponry have been updated by adding laser edges to his blades and gloves that'll give him extra strength with their mechanical usage.

Lobo Gets A Radically Different Look In The New 52