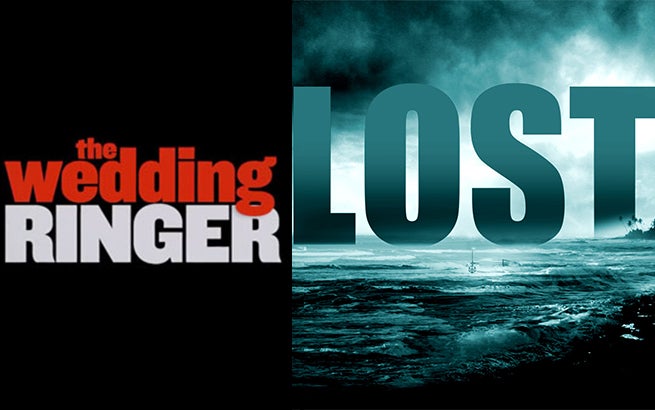 Warning!! Spoiler ahead for The Wedding Ringer! If you're a LOST fan and watch this movie, you will not miss the Easter Egg, so if you don't want to have it spoiled, stop reading now!

At the end of the film (which you can find my review for here), each hired friend, joins Doug on a plane to head out on his first "Guy Trip." As many of you know, LOST alum, Jorge Garcia stars in the film as a hired friend.

Right before the end credits roll, the camera gets tight on Garcia in his seat on the plane. He looks at the audience and says, "I got a really bad feeling about this flight," throwing back to the two times Garcia's character, Hurley, ended up in bizarre plane crashes over the course of LOST's lifetime.

Do you miss LOST? Did you watch the Wedding Ringer?