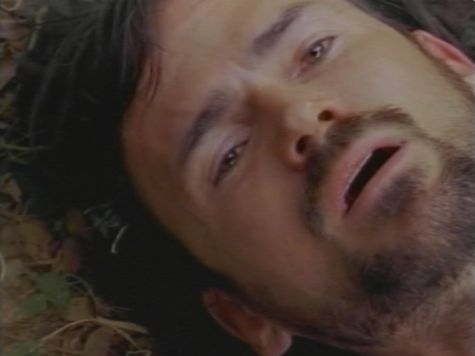 With Daniel Faraday's surprising death in last week's episode, "The Variable", Lost fans are shell-shocked. Guess what? Rumors coming out of the Lost producers' camp say that ANOTHER character will die before the season ends. ComicBook.com takes a look at the major characters and breaks down the possibility of death. Absolutely, positively won't die this season. Hurley: Will Hurley ever die? If the Producers decide to off the lovable Hugo, I'll be at the front of the lynch mob with my torch and pitchfork. Hurley represents the pure goodness in this show, and because of that, he's safe. Jack, Sawyer, Juliet, and Kate: We might see some cracks in this quadrangle down the road, but for now, these four will slide on through to next season. Why? Because everyone has ideas on who should end up with whom, and the producers aren't going to end those storylines just yet. Jin and Sun: Bringing Sun back to the island just to have her fall short of reuniting with Jin is very "Cold Mountain". That won't happen. These two are sitting pretty. Now if they can just get back in the same time/year, we'll all be happy. Locke: He's already dead, but he won't be leaving the island anytime soon. Ben and Charles Widmore: If two characters were ever safe, it's these two bad guys. They'll be around until the series finale, and I have a feeling we'll only then learn who is good and who is bad. Miles and Pierre Chang: There is a budding storyline here, and the producers are going to expand on it. We're going to find that Chang isn't the animal we think he is, and he and Miles will become close. When one dies, the other will die--that's our guess. But that's next season. Besides, Hurley and Miles have become the odd couple on the island. We need their humor. Richard Alpert: This guy doesn't appear to be human, so we'll just say no. It could happen. Desmond: Sure he survived a bullet last week and he told Penny that he'd never leave her. But he suffers from those tricky visions of the future. If Desmond sees his own death, he can do little to escape it. Good Chance. Sayid: His true love is dead. He's done some terrible, terrible things in his lifetime, and the smoke monster is back in action. Things don't bode well for him at all. We have a feeling that viewers will say goodbye to Sayid very soon.

LOST: Who Else Is Going To Die This Season?

New Need for Speed Game Leaks Ahead of Reveal

The Rings of Power: Amazon Studios Head on How the Tolkien Estate Views The Show

My Hero Academia Debuts the Second One For All User's Quirk