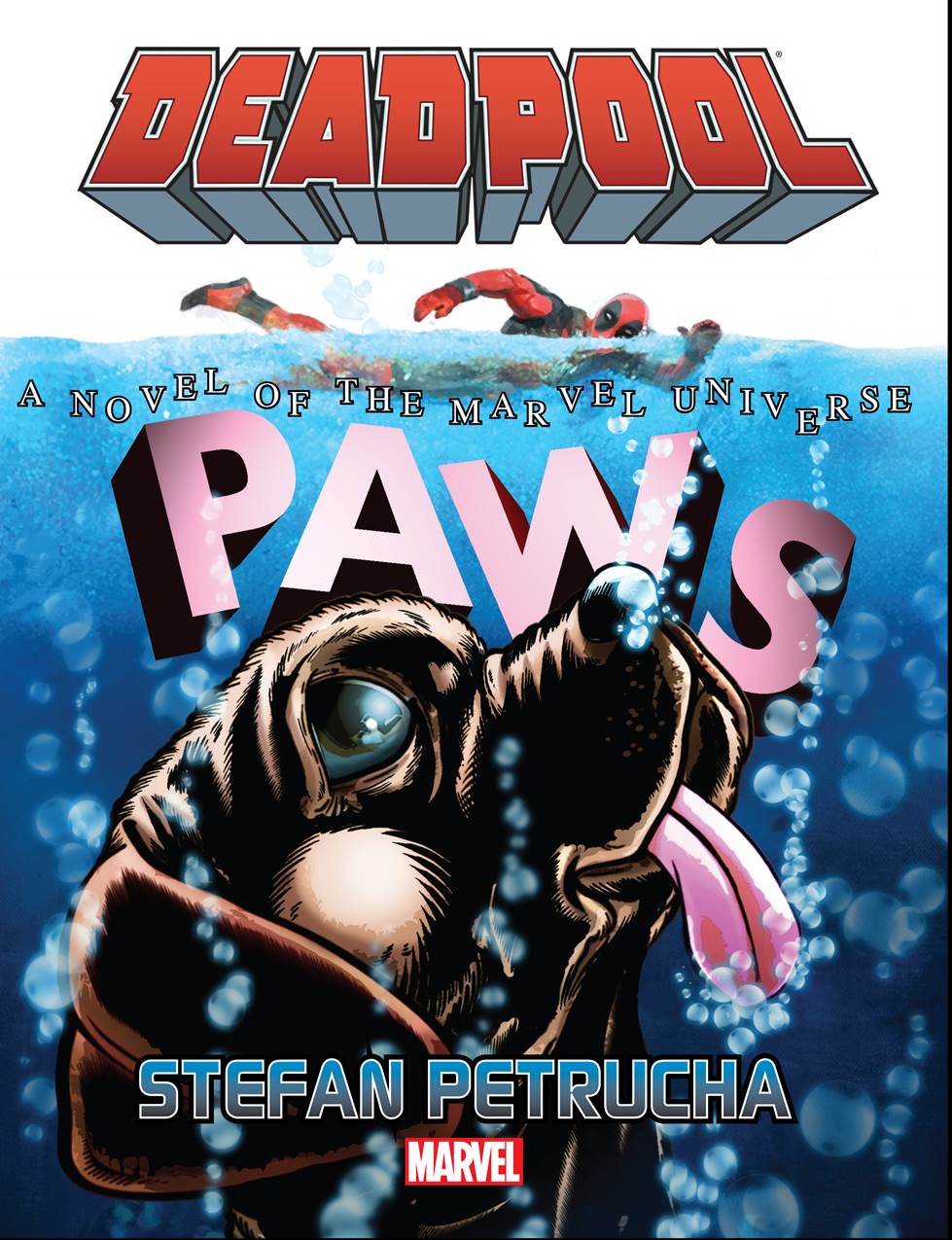 As one of the world’s most popular superheroes, Deadpool has been a force of nature in comics, video games, and live action films. However next year the Merc With A Mouth will enter new territory: literature.

The last was not a typo. No really it wasn’t.

On 8/5/2015, Deadpool: Paws will hit bookshelves. It’s an all-new original story that will be penned by novelist and comic book writer Stefan Petrucha.

Something is turning the city’s dogs into giant, bloodthirsty killing machines. And Deadpool is charged with taking care of business. Only thing is – Deadpool likes dogs. He doesn’t want to kill them. Now, people – that’s a different story. He can kill loads of people. At least the ones who deserve it. So what we’ve got here is a genuine character dilemma.

“Deadpool is such a fun character that transcends the comics themselves,” says Marvel SVP Sales & Marketing David Gabriel. “When we were discussing which characters should get the prose treatment, Wade Wilson was always right near the top. From the first chapter, the book has everything you love about Deadpool, and I can’t wait for fans to get their hands on it.”

In 2015, be there when the Merc With a Mouth conquers the brave new world of prose novels and becomes a savior of violent mutating canines.