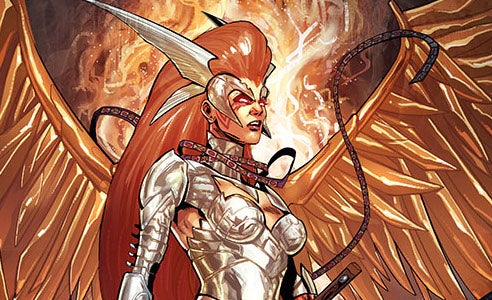 Marvel Comics has revealed a new costume design for Angela, who will sport a much more Asgardian-influenced look in her solo series Angela: Asgard's Assassin.

Angela, the Image Comics import who originally existed in Todd McFarlane's Spawn universe, came into the Marvel Universe with her original 90's design back in 2013. This new look, however, takes root in the character's retooled Marvel Universe origins. As the publisher revealed in last year's Original Sin, Angela is actually the daughter of Odin and half-sister of Thor and Loki. Her mother resides from Marvel's Tenth realm, a new realm of Angels that Original Sin introduced.

According to Marvel's creators, this look pays homage to that heritage.

"Angela's new costume is an enchanted artifact whose appearance changes to fit the person wearing it. So this is basically a representation of Angela's inner self," Angela: Agent of Asgard editor Wil Moss told Newsarama. "She may no longer be an Angel of the Tenth Realm, but the wings on this costume -- which are actually formed from the liquid gold metal of her Ichor blades -- indicate at least some part of her still considers herself one of them.

The new design comes courtesy of industry legend Phil Jimenez, who has illustrated some Marvel and DC Comics' largest titles. Angela's new look will debut inside this week's issue #3 of Angela: Asgard's Assassin, and will make its way onto the covers starting with issue #6.

Check out Jimenez's work below. 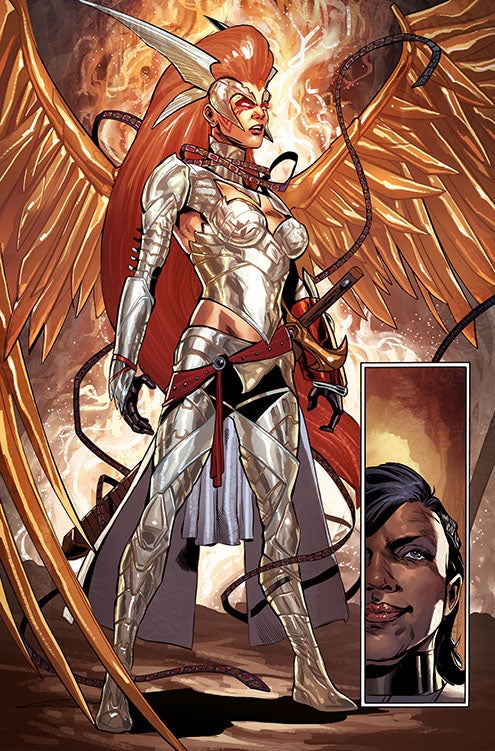 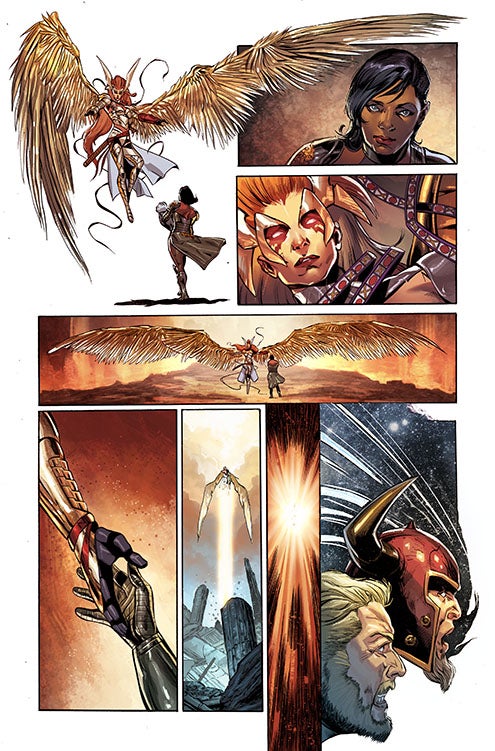 What do you think of Angela's new look? Share your thoughts in the comments.