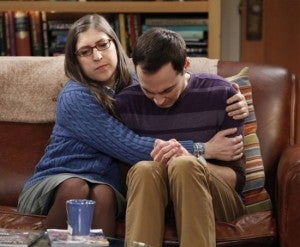 If you're not a fan of The Big Bang Theory, How I Met Your Mother or other CBS programming, the idea that last night's episode of a show is available for free, streaming, on your mobile device or tablet probably doesn't sound like a big deal. Fans of CBS programs, though, know that the network has been slow to adopt streaming technology, and that they're the only major network who have no relationship whatsoever with Hulu (and a pretty limited one with Netflix, Amazon and other streaming services for that matter). So the announcement today that CBS is rolling out a new Second Screen App that, as one of its features, will let users stream the most recent episode of a host of CBS shows to their device was a bit surprising. Of course, the fact that it's only one episode and not a full season, a full series or even the "five previous episodes" model that works at Hulu is a bit disappointing for some--but still! Progress! "Our online viewers not only want to watch their favorite shows on multiple devices, they want deeper engagement with the programs they love," said Jim Lanzone, President of CBS Interactive in a release. "The new CBS App gives them the best of both worlds, letting people watch CBS shows on the best screen available for them, with a host of extra features that give them a richer viewing experience whenever and wherever they tune in."