DC and Warner Bros. continue to throw out teasers and tidbits to whet fanboy appetites. Yesterday, we got a glimpse of Henry Cavill as Superman in the 2013 release Man of Steel, and today a new photo from the set of the third Christopher Nolan Batman film The Dark Knight Rises shows actress Anne Hathaway in what appears to be, possibly, a version of her Catwoman garb. 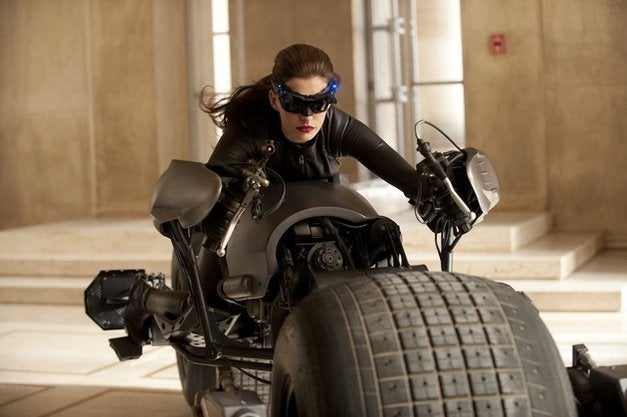 Is this just a picture of Selina Kyle? Who knows. The photo is labeled "selina_kyle.jpg", and she's not all garbed up as we might expect, based on recent reports about her costume. Still though, any shot giving us an idea of how this film is coming together is a welcome one!

More Photos from "The Dark Knight Rises" Leaked, This Time With Anne Hathaway!