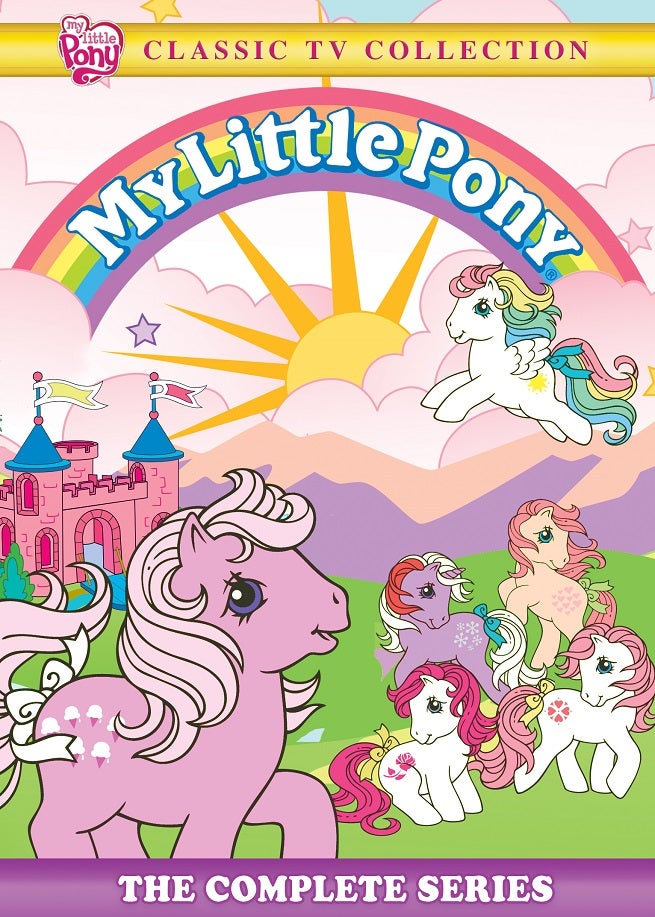 Shout! Kids have provided ComicBook.com with an exclusive clip from the vintage My Little Pony animated series, a complete DVD set for which hits stores tomorrow.

In the classic animated series, the ponies are somewhat less stylized, looking more like ponies than their own race, and interacted regularly with humans.

In the new release, fans are invited to return to Ponyland, the home of all your favorite classic Little Ponies, including the Earth Ponies, Unicorns, Pegasus Ponies, Flutter Ponies, Sea Ponies, Baby Sea Ponies, their human friends Megan, Danny and Molly and, of course, their dragon friend, Spike!

Together, they live a life of games, songs and harmony with allies like the Bushwoolies and Furbobs. But, occasionally, there are problems in Ponyland and the Little Ponies of Paradise Estate must face evil witches, goblins, Stone Backs, Grundles and more! Now you can join in the fun and adventure with My Little Pony: The Complete Series!

In our clip, Applejack is captured while looking for the Rainbow of Darkness. You can check it out below.

My Little Pony has recently experienced a resurgence, with My Little Pony: Friendship is Magic and My Little Pony: Equestria Girls bringing the franchise to a new audience. A comics adaptation from IDW Publishing has become a huge seller.

My Little Pony: The Complete Series will be available on DVD tomorrow, September 30.

Also available on September 30 is My Little Pony: Escape From Catrina and Other Adventures.When the evil, cat-like Catrina attempts to enslave the Little Ponies of Paradise Estates to create a Witchweed potion that will grant her control of the weather, it's up to Sundance and Baby Moondancer to save the day! My Little Pony: Escape From Catrina And Other Adventuresalso features many of the other fan-favorite episodes includingLittle Piece Of Magic, Would Be Dragonslayer, The Revolt Of Paradise Estate, Rescue From Midnight Castle, and Flight To Cloud Castle, which are also included on My Little Pony: The Complete Series.